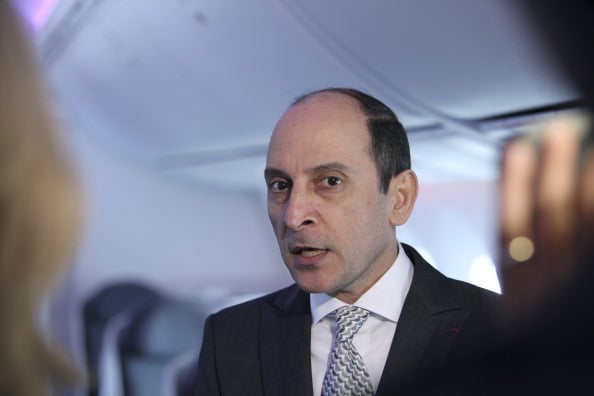 Qatar Airways will launch domestic operations in Saudi Arabia in the first half of 2014, the chief executive of the airline said on Monday.

Akbar Al Baker said the Saudi domestic services carrier will be called Al Maha Airways and will start with the main cities of the Kingdom including Riyadh and Jeddah, and then move to the second-tier cities.

“We have chosen the name of the Saudi carrier … Al Maha Airways. We hope to start operations in the first half of next year,” Baker told Reuters at the Dubai Airshow.

Qatar Airways became one of the first foreign airlines to obtain carrier licences in Saudi, following the opening of the country’s aviation market last December.

Currently, only national carrier Saudi Arabian Airlines and budget airline National Air Services serve a domestic market of about 27 million people. Foreign carriers can only fly in and out of Saudi Arabia, not within the country.

With Saudi Arabia’s price cap on domestic flights, private airlines have struggled with their profit margins.

Saudi Airlines, which is undergoing a slow privatization process, receives fuel at subsidized prices unlike private carriers, allowing it to offset the limits of the ticket cost ceiling.

“There is huge potential but also many challenges in the Saudi market,” Baker said.

“We have an undertaking from the Saudi authorities that they will resolve the two contentious issues of price cap and fuel subsidies,” Baker said.

Gulf airlines splashed out around $150 billion on the opening day of the airshow, as they ordered hundreds of passenger jets to expand a common ambition to turn the region into a global aviation hub.

“We are not overdoing it,” said Baker on the spree of plane order announcements. “We are all growing in this region … and if we are growing, we must be doing something right.”

He said the airline would deploy its fleet on new growth markets and would look to expand further. However, he denied media reports that the carrier was close to taking an equity stake in an Indian airline.

“So we are not getting into bed with somebody. When we want to do it we will say that we are interested.”