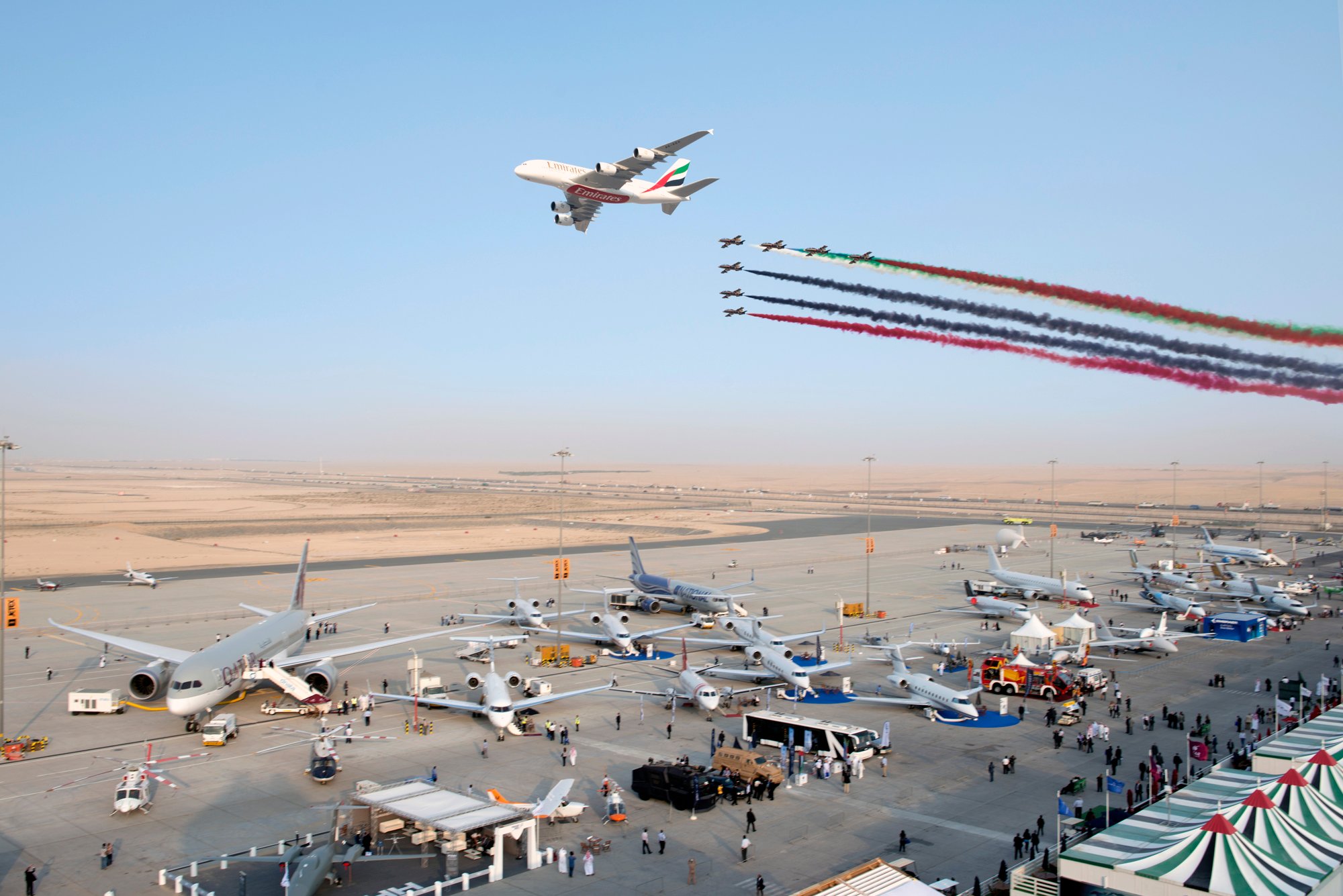 As the Dubai Airshow 2013 entered its third day, its record-breaking order book broke through the $200 billion ceiling raising the event’s profile as a world central business player.

Minutes later low-cost Thai carrier, Nok Air, placed a firm order for two Bombardier Q400 NextGen aircraft, as well as purchase rights on four more. The order is valued at approximately $63 million and could increase to $258 million if Nok Air exercises its options and purchase rights.

Day three also saw Bell Helicopter announce that by year end, it will make the global debut delivery of its first Bell 412EPI to Abu Dhabi Aviation, where it will be used for offshore oilfield support.

Al-Obaidani International, an Omani military and civil aviation uniform designer and manufacturer, sharing the Transworld Aviation pavilion, is weighing up its options for a go-it-alone stand at the Dubai Airshow 2015 after meeting new potential clients.

“We are now following up on enquiries from South Africa and other African countries and will be looking for a small stand of our own at the next show,” said Tony Gomes, senior business development executive.

Ethiopian, the Star Alliance airline member, is now in talks with potential GCC clients for its MRO services.

“This is a good region for us,” said Yiregalem Tekele, MRO sales manager. “There is increasing focus from the GCC into the African market and we are ready to seize this opportunity.