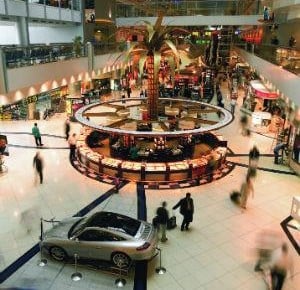 However, annual growth slowed from June’s 16 per cent, mainly because of the impact of the Muslim holy month of Ramadan, which began in July this year and affected Gulf and Middle East routes.

Freight passing through Dubai International rose 6.2 per cent from a year earlier in July to 204,510 tonnes.

“July’s traffic volumes mean that an average of 112 passengers passed through our airport every minute of every day,” Paul Griffiths, chief executive of Dubai Airports, said in a statement.

“By 2018, when we expect to complete the expansion of Dubai International, that will soar to just under 170 passengers per minute.”

Dubai is investing $7.8 billion on the expansion of the airport. Concourse 3, the world’s first purpose-built A380 facility, is expected to open once it completes operational readiness tests that are likely to take place in the first quarter of 2013.