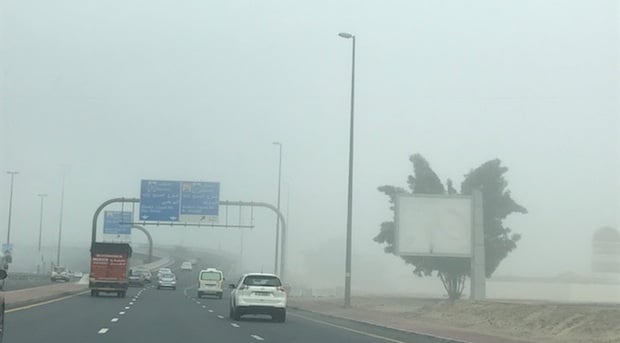 In a statement, Dubai Airports warned that heavy fog could cause delays of up to an hour on arriving and departing flights.

In a message on Twitter, Emirates airline also urged travellers to contact them for any fog-related assistance.

Fog in Dubai has affected some flights at @dubaiairports DXB. For help with flight bookings please tweet @emiratessupport using #foghelp

The UAE’s National Centre of Meteorology and Seismology (NCMS) has warned of heavy fog this week in various parts of the country.

NCMS said that relative humidity is likely to increase during the night and early morning, with a chance of fog/mist formation in some coastal and internal areas.

Motorists have also been cautioned to drive carefully on the roads due to poor visibility.

“Leave enough distance between vehicles ahead and do not overtake the front vehicles,” the Dubai Police tweeted this morning.

Social media has been flooded with pictures and videos of the misty weather conditions in the country.