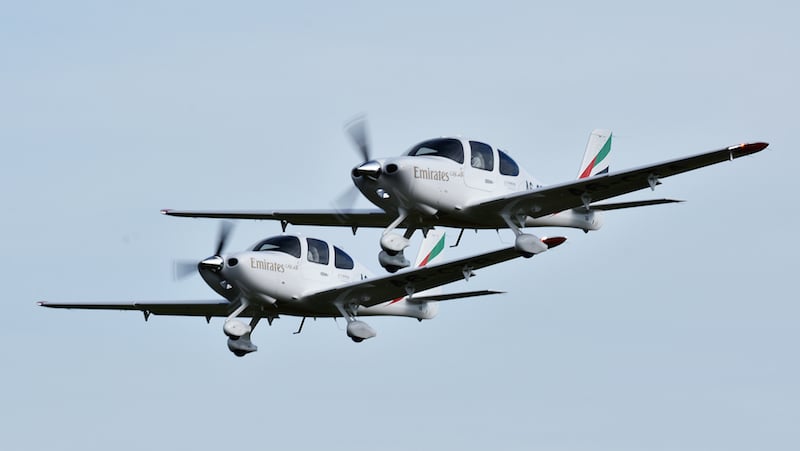 Emirates Flight Training Academy – being developed by Dubai airline Emirates to train pilots – has taken delivery of its first aircraft, it announced on Thursday. 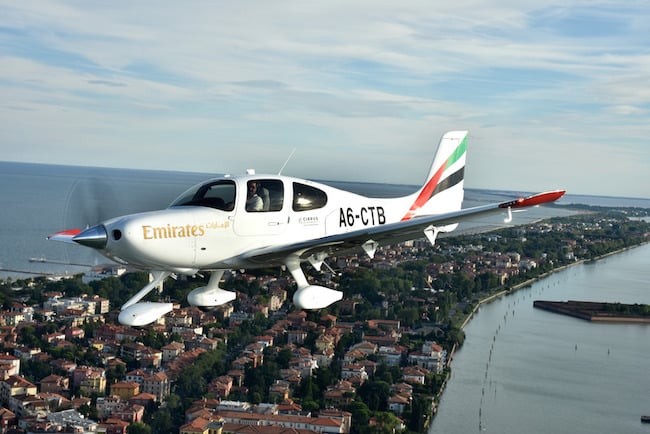 Given the size of the aircraft and other restrictions including the size of the fuel tanks and range, the 13,000km journey had to be split into multiple segments, a statement said. 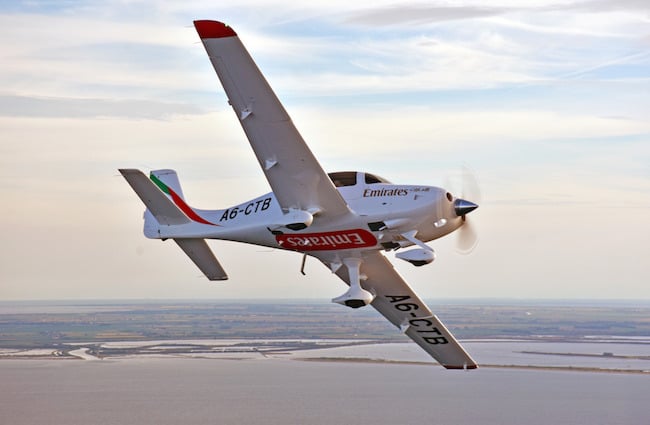 They were flown from the manufacturing facility in Duluth to Knoxville, Tennessee – where Cirrus’ aircraft delivery centre is located. Following an inspection, teams from Cirrus and Emirates Flight Training Academy went through a series of pre-flight appearance, functionality checks and test flights. 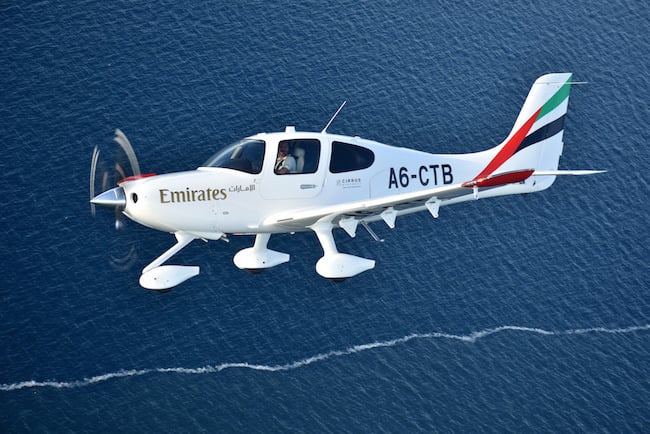 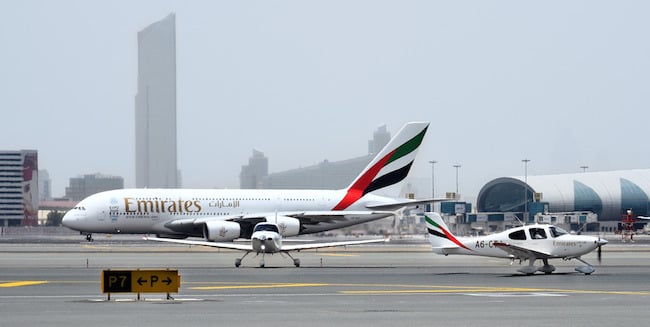 All the flights were done in daylight and the two aircraft flew in loose formation throughout the entire journey allowing for easier air traffic clearances, the statement said.

The Emirates academy has also ordered another 20 of the single-piston engine Cirrus aircraft to train ab initio pilots.

The aircraft has a modern composite airframe, two large 12-inch flight displays, a flight management system keypad controller and an integrated engine indication and crew alerting system. It has a range of up to 1,207 nautical miles (1,943 kilometres) at speeds of 183 knots (340km/h) TAS True Air Speed.

Along with the 22 Cirrus aircraft, the academy has also placed an order for five twin-jet Embraer Phenom 100EV aircraft – the first flight training organisation in the world to use the Phenom 100EV platform for training cadets.

The Emirates Flight Training Academy, located near Dubai World Central airport in Dubai South, is scheduled to open in November 2017.

Spread over an area of 200 football fields, it will include ground school classrooms, ground based simulators, a training aircraft fleet, a 1,800 sqm dedicated runway, an independent air traffic control tower, a maintenance centre and accommodation and recreational facilities for cadets.