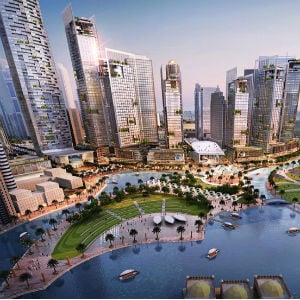 Following the footsteps of Abu Dhabi, Dubai is now ramping up its cultural offering: the city has announced plans to launch a Modern Art Museum and an Opera House District in Downtown Dubai, which it hopes will become the UAE’s “newest arts and cultural nerve-center.”

“We will continue to strengthen the infrastructure framework for promoting cultural initiatives, through projects such as the Dubai Modern Art Museum and Opera House District,” said Sheikh Mohammed. “This will not only encourage our talented local artists but also facilitate global cultural exchange.”

The design and architectural elements of the project are now being finalised, and work will commence shortly, developer Emaar said in a statement.

Abu Dhabi has already been promoting itself as a cultural hub, with its $27 billion Saadiyat Island hosting international museums like the Louvre and Guggenheim.