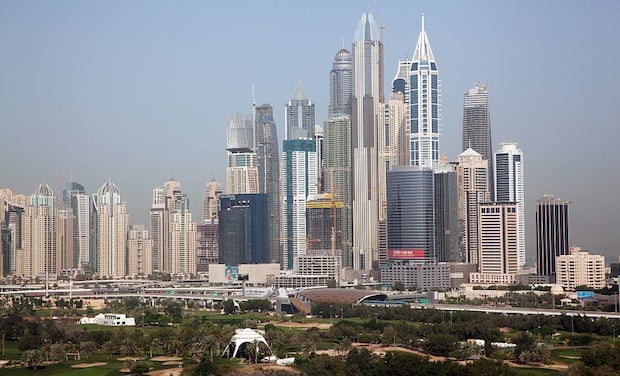 Dubai has maintained its ranking as the Middle East’s top city for quality of living, according to advisory firm Mercer.

The company’s study of living conditions in 450 cities based on 39 factors, including politics, economy, crime and housing, placed the emirate at the top of the region once again although it remained well behind the global leaders in 74th.

On a regional level, neighbouring Abu Dhabi followed in 77th followed by Muscat in 105th, Doha in 110th, Amman in 119th, Kuwait City in 126th and Manama in 136th. The Saudi capital Riyadh stood in 165th followed by Jeddah in 168th.

Mercer said the UAE has seen the biggest increase in living standard in the region, at just over 12 per cent, following concerted effectors to improve infrastructure, entertainment and recreational facilities.

“Many international companies have settled their regional headquarters here, causing an influx of expatriates. These cities have also developed their tourism infrastructure and offerings,” it said.

Leading the overall ranking this year was Vienna, followed by Zurich, Auckland, Munich and Vancouver.

Baghdad, Bangui, Sanaa, Port au Prince and Khartoum made up the bottom five. 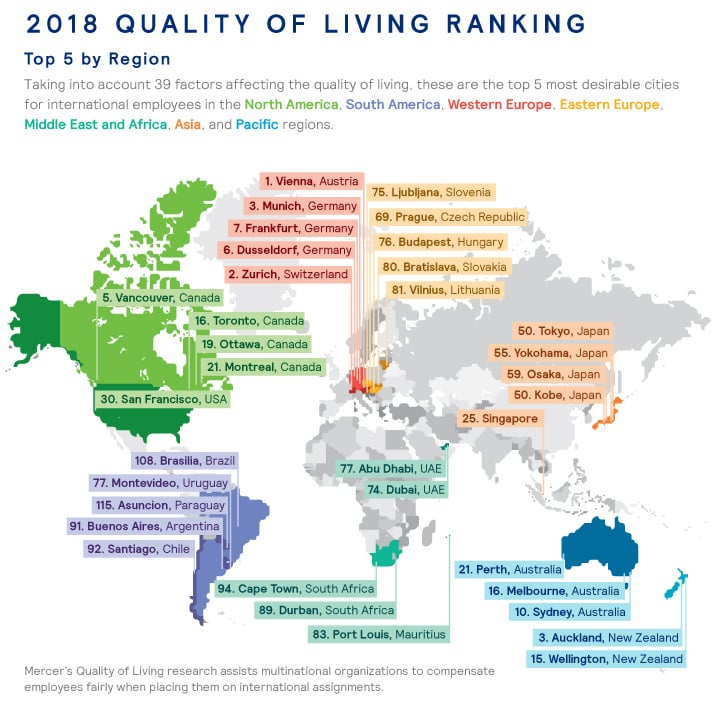 Abu Dhabi and Dubai also topped this list for the Middle East and Africa in 65th, followed by Muscat in 70th, Tel Aviv in 87th, Manama in 93rd and Kuwait city in 99th.

The global sanitation ranking was led by Honolulu, followed by Helsinki and Ottawa in joint second. Port au Prince and Dhaka took the bottom places.