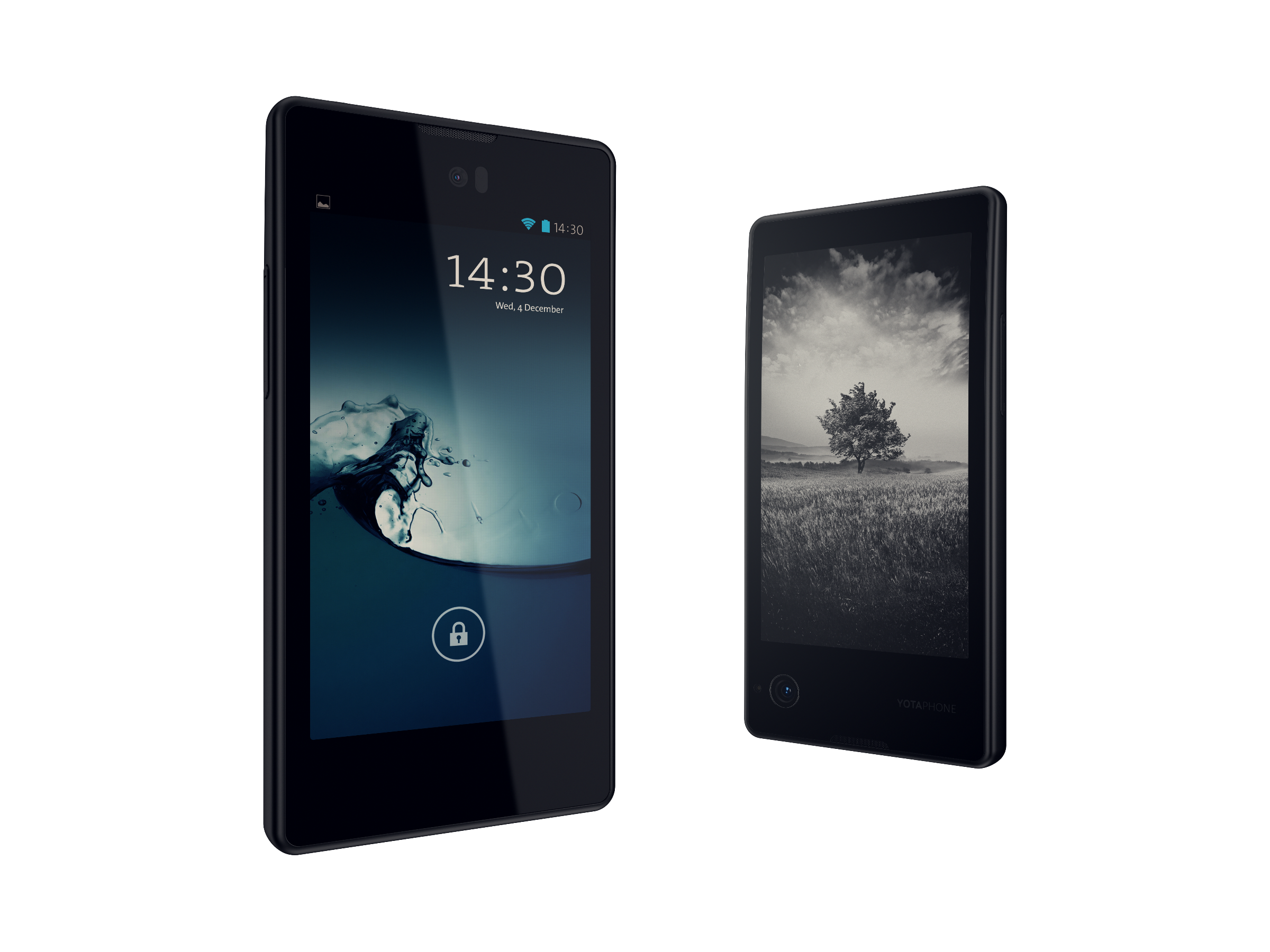 The Android device, boasting a liquid crystal display on one side and an always-on electronic paper display on the other, goes on sale in the UAE today, priced at Dhs2,199.

Over the next few months the device will be available in 20 markets in the CIS, Europe and the Middle East.

Yota Devices CEO, Vladislav Martynov, said he expected to sell around 10,000 YotaPhone’s in the region during the first three months of sale, and believed the device would appeal to “technical geeks, artists and creatives”.

The YotaPhone’s black and white electronic paper display screen can be used to view text messages, stock prices, sports fixtures, photos and books, while also staying on even if the device runs out of power, making it useful for saving airline boarding passes or maps.

It is designed for convenience by enabling the user to see key information without having to turn on the front facing smartphone screen and is claimed to offer greater power efficiency than traditional smartphones.

YotaPhone’s specifications include a 1.7GHz dual core Krait processor, 13MP rear camera and 1MP front camera, 2GB of RAM and 32GB of storage. Both screens are 4.3 inches, with the LCD display offering 720×1280 resolution.

While these are lower than the latest premium offerings from Sony, Samsung and HTC, Martynov told Gulf Business he wanted to change the user mind-set away from more powerful processors and cameras.

“We will keep technical specifications at quite a high level but we want to get the message across the industry and to the consumers this is not what you should focus on, the focus should be how you actually interact with the smartphone,” he said.

Jumbo Electronics is the exclusive distributor of YotaPhone in the GCC and expects to roll it out to other retailers and operators soon.

“We have already discussed with Etisalat, we delivered the first quantity last Thursday and I guess very soon they’ll also come out and sell it through their own stores,” said Vishesh Bhatia, CEO of Jumbo Electronics.

The device is considered a proof of concept for the YotaPhone 2, which is expected to launch at the end of 2014 or early 2015.

YotaPhone 2 is being designed for greater mass-market appeal, with global sales expected in the millions, according to Martynov.

He said the next device would be priced at a similar level or slightly cheaper than the flagship lines of YotaPhone’s Android rivals.

“Even if we have the same price as Samsung, Sony and HTC, with an always on display and unique value propositions we believe in terms of a price value comparison for consumers it’s a much better deal,” he said.