Driving licences issued to 70,000 women in Saudi since lifting of ban - Gulf Business 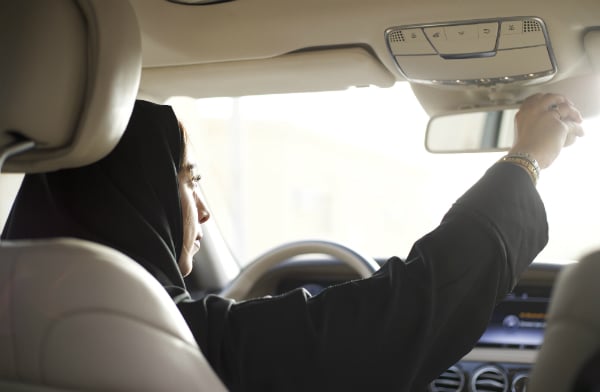 Driving licences have to been issued to 70,000 women in Saudi Arabia since the lifting of the female driving ban on June 24, 2018, a senior official has said.

Director general of traffic Mohammed Al-Bassami confirmed that women across the country were seeking to obtain driving licences.

Women in Saudi Arabia have “proved to be good drivers” and their traffic violations have not threatened public safety so far, local daily Saudi Gazette quoted Al-Bassami as saying.

The official was speaking at a newly opened school to teach women driving at Al-Qassim University – the seventh of its kind in the kingdom.

Built on an area of 55,000 square metres, the school has 40 Saudi women instructors.

Registration for training at the school was closed one hour after its opening but it will reopen during the second phase.

Al-Bassami confirmed that driving schools were also being established in Taif, the Eastern Province, Al-Jouf and the Northern Border Province.

“We have 65 schools all over the kingdom to teach men and women driving,” he said.

Professional services firm PwC said in a March 2018 report that just 20 per cent of women in the kingdom were expected to drive by 2020.

“The most immediate impact would be on the volume of car sales and car leasing, and the ripple effect on insurance premiums and enablers like driving schools and maintenance.”

The lifting of the kingdom’s female driving ban is also expected to provide Saudi’s women workforce with new job opportunities.

“Moreover, the increased mobility of women will positively influence the job market with women gaining greater access to jobs. It will cause new jobs to be created in the automotive sector to serve female drivers, female driving instructors and female traffic officers – or in the insurance sector. [The] present and future female workforce will drive new products and services offered in the market catering to this segment,” Kudwah added.