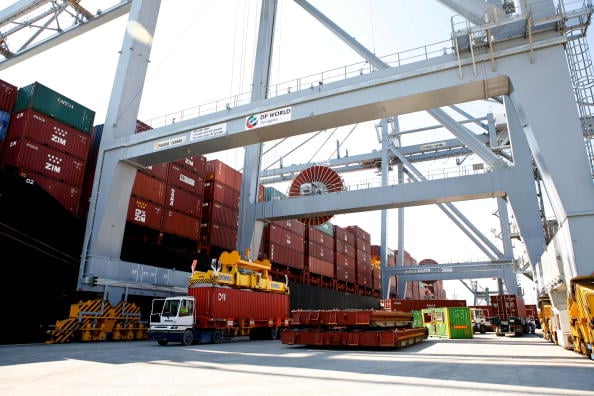 DP World, an operator of ports from Algeria to Peru, is optimistic about growth in emerging markets, undeterred by US President Donald Trump’s pursuit of protectionist trade policies.

Emerging markets and developing economies are projected to expand by 4.5 per cent this year, according to the International Monetary Fund (IMF), compared with an average global growth rate of 3.4 per cent.

DP World, one of the world’s largest port operators, will spend $1.2bn this year, adding capacity at its flagship Jebel Ali port in Dubai and in ports in China, Senegal, Somaliland, Canada and the United Kingdom.

It will also expand in Ecuador, where it won a 50-year concession last year to develop a port in the country’s south-west, Bin Sulayem said.

Bin Sulayem said he did not believe Trump’s protectionist policies would affect trade.

Trump has pulled the United States out of a 12-nation trade pact that includes many Latin American countries, has said he will renegotiate a multilateral trade deal with Mexico and Canada and threatened to impose tariffs on Chinese imports.

DP World, which was forced to sell US port assets in 2006 over accusations an Arab-owned company presented a national security threat, is open to re-entering the US market, he said, adding that there are no immediate plans.

The company is instead poised to invest in Russia through a joint venture set up in 2016 with the Russian Direct Investment Fund (RDIF), he said.