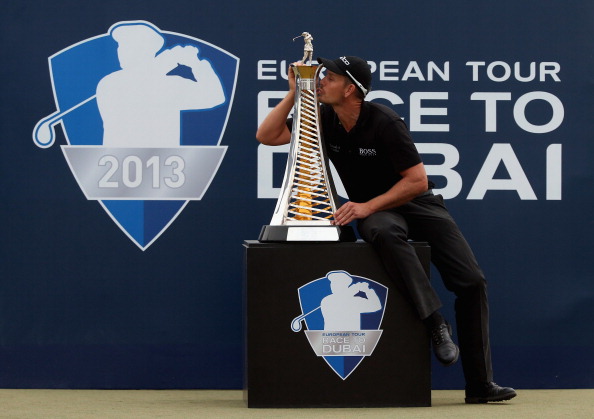 World number three Henrik Stenson blasted a final round 64 to clinch the DP World Tour Championship on Sunday, also topping Europe’s money list for 2013 after his six-stroke victory in the desert finale.

The Swede, who followed up his triumph at the U.S. PGA Tour’s end-of-season FedExCup in September, pocketed the $1.33 million first prize and an additional $1 million from the tour’s bonus prize pool.

Stenson, 37, began the day on 17-under, four shots ahead of Ian Poulter, his only realistic challenger for the Race to Dubai crown, formerly the European Order of Merit, while France’s Victor Dubuisson teed-off at 16-under.

Stenson banished any doubts he would claim his first European title of 2013 with four birdies on the opening seven holes, Poulter bogeying the first before picking up three birdies on the front nine.

Stenson sunk another birdie on the 12th and ended with an eagle at the 18th as he strolled to victory, eventually ending on a 25-under par 263.