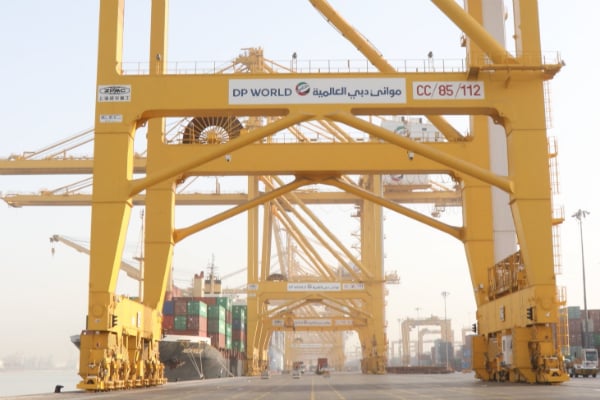 Dubai-based DP World PLC, via its 100 per cent owned subsidiary, Unifeeder, has announced the acquisition of a 77 per cent stake in the Feedertech Group, with the deal expected to close in Q1 2020.

The acquisition will grow the company’s feedering and short-sea product offering to multiple regions, a statement said.

The deal is aligned with DP World’s aim to construct end-to-end logistics capabilities for servicing the needs of shipping lines and cargo owners.

Via the acquisition, Unifeeder will have the capability to offer feedering and regional shortsea connectivity in Northern Europe, the Mediterranean, North Africa and now Asia and the Indian subcontinent, the statement said.

Unifeeder, acquired by DP World in 2018, is an integrated logistics company with a feeder and growing shortsea network in Northern Europe connecting to approximately 100 ports, the statement said.

Sultan Ahmed Bin Sulayem, group chairman and CEO, DP World, said: “The acquisition of a stake in the Feedertech Group is another strategic step in our vision to build an end-to-end logistics capability and offer an integrated service suite that also engages end-customers and traders across the while optimising operations.”

“Furthermore, it offers us exposure to the fast-growing coastal shortsea trade in the Indian Subcontinent, which is highly complementary to our existing India logistics strategy. The next and imminent stage of this development will be to launch a dedicated and efficient India-Gulf region service, which is an important route for our customers.”

Ali Maghami, founder and chairman, Feedertech said “Both Feedertech and Unifeeder share similar business models and a desire to reduce inefficiencies, and by combining the expertise of the two entities, we believe we can deliver a high-quality product for our customers.”

DP World has a portfolio of more than 150 operations across 50 countries in six continents, the statement said.