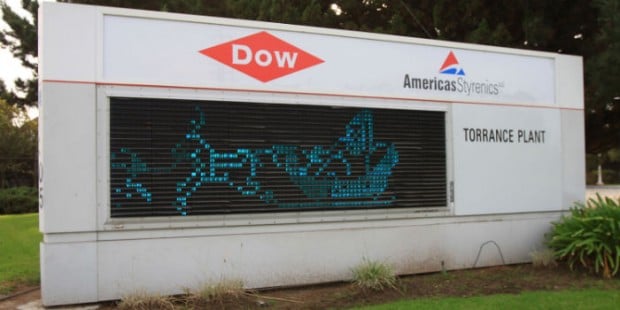 Dow Chemical Co has received $2.2 billion in damages from Kuwait’s state chemicals company, bringing an end to a more than four-year dispute over a scrapped plastics joint venture.

The cash payment comes a year after an international arbitrator told Petrochemical Industries Co (PIC), a unit of state-run Kuwait Petroleum Corp, to pay up for pulling out of the $17.4 billion K-Dow petrochemical venture in December 2008. PIC had cited the deteriorating global economy for its withdrawal.

K-Dow was a politically sensitive deal in major oil exporter Kuwait and came under scrutiny in parliament, where lawmakers often clash with the government, especially over large state investments.

The U.S. company intends to use the payment to reduce debt and pay shareholder dividends, Chief Executive Andrew Liveris said in a statement on Tuesday.

The cash payment includes damages as well as recovery of its costs, the statement said.

A statement from PIC, published by Kuwait’s state-run news agency KUNA, confirmed it had made the payment and that it had “exhausted all possible challenges to the award”.

“The question is: why didn’t Kuwait deal earlier with Dow?” Kuwait-based independent oil analyst Kamel al-Harami said, referring to the delay in paying the penalty, which resulted in interest costs. Even though the dispute is over, “a bitter feeling will remain here”, he said.

Dow struggled through a turbulent period in 2007 and 2008 as the weakening economy hurt demand for many of its products.

The cancellation of the K-Dow venture had raised fears among investors that Dow Chemical would be unable to finance its planned $15 billion purchase of speciality chemicals maker Rohm and Haas, part of its strategy to shift the company towards higher-margin business. The deal closed only after the companies altered the terms of the deal.

Kuwait Not To Cut Spending Because Of Investment Move