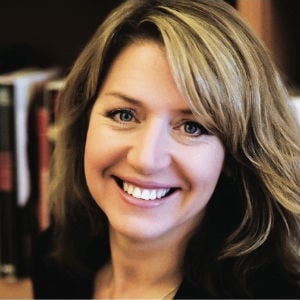 As the world continues to deal with the repercussions of the financial crisis, market leaders are being pressurised to perform and excel.

“Your impact as a leader is a very natural by-product of the way you think,” says Liz Wiseman, co-author of the book Multipliers: How the best leaders make everyone smarter.

“People report that working for a diminisher, they only get to use about 48-50 per cent of their intelligence. Multipliers virtually get 100 per cent. So essentially, multipliers double their work force for free,” says Wiseman.

According to her, the differences between the two come in five areas – the first is how they manage the talent. Diminishers love to hire smart people but they tend to put them in the background. Multipliers identify people’s genius, and they put it to work on the businesses’ biggest challenges.

The second is the environment they create. Diminishers tend to be tyrants, while multipliers create space for other people to contribute their ideas. Thirdly, while diminishers set direction based on what they see and what they know, multipliers challenge people to take on the impossible.

The fourth area is how they make decisions. Diminishers tend to be the final decision makers while multipliers prefer to be debate makers. Lastly, while diminishers are micro-managers, multipliers give ownership to their subordinates.

“Unequivocally, the same concept applies around the world,” says Wiseman. In fact in areas like the Middle East, where there exists a strong sense of authority and hierarchy in the culture, the phenomenon is more pronounced.

But adopting new leadership practices in this area will not be easy, she admits. “Certain things that multipliers do like asking the questions and letting other people answer them – this is particularly hard in the UAE, where people are very used to having the boss, particularly for family-owned businesses, which provide the direction and provide the answers,” she says.

US-based leadership expert, John Chappelear, agrees that implementing new concepts in the region will be a challenge, but adds that they still need to be implemented.

“Intelligent leaders quickly see the benefits that result from these efforts. As leaders increase their willingness to implement more change, that willingness leads to more success over and over leading to a repeatable and continual cycle of success. Simply stated: Small changes, practiced consistently, create dramatic results,” he says.

During a recent leadership programme that Chappelear ran in this region, he met several successful and skilled workers who left organisations because of poor management skills, a lack of opportunities, and little hope for advancement or all the above.

“As leaders wouldn’t we rather have the best and the brightest vying for positions, at all levels, within our organisations? Think of the potential,” he adds.

“[Family businesses are] more challenging because they have a natural bias toward family and generally a lack of objectivity in decision-making,” he says.

However, if family businesses do commit to new leadership concepts, they tend to implement them quickly because small groups run them, adds Chappelear.

So what’s the way forward? The key is for senior leaders with knowledge and experience to operate in a mode similar to steve Jobs: “Stay hungry,
stay foolish”, says Wiseman. “Because leaders who thought they had the answers are going to find that the business environment changes faster than they have all the answers.”