Should more be done to combat medical fraud in the UAE? - Gulf Business 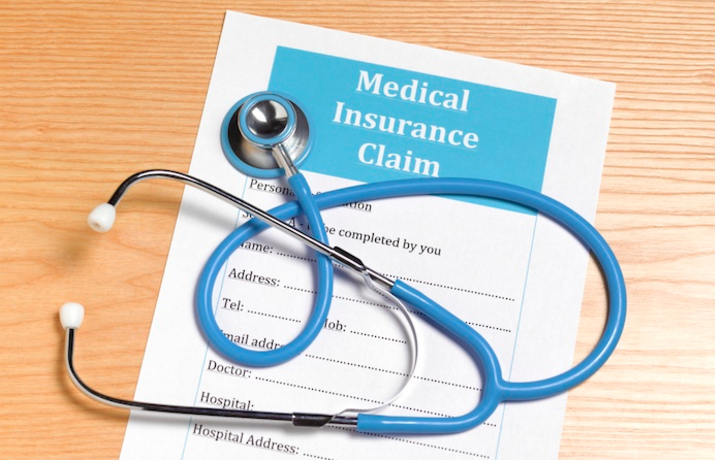 According to leading insurance, healthcare, and government players throughout the United Arab Emirates as well as independent studies carried out, it is estimated that 10 per cent of all insurance claims are deemed fraudulent – though some put the number as high as 20 per cent or more.

Now those are some hefty numbers, and I’ve touched on this in past articles where we specifically addressed the impact on corporations, as well as what individuals and companies can do to be on the lookout for fraud.

This time I want to give an idea of how the UAE is combating fraud by looking at what the Health Authority in Abu Dhabi (HAAD) has done in recent years in the way of uncovering perpetrators and handing down punishment, as well as present my views on why combating healthcare fraud requires the authorities to consider the intricacies of the healthcare system as a whole.

Examples of some of the main sources of fraudulent activity

If fraud is contributing significantly to our rising premiums and only one in five of those committing these acts are caught (according to estimates it’s about that), clearly more needs to be done to identify those responsible. While there are plenty of cases of fraud on the patient side, the reality is that in the majority of cases it comes from or is led by the medical practitioners, pharmacies and rogue insurance providers, and not from the individual.

Starting with physicians and other medical practitioners, it can be said that fraud is rather easy to commit if the intent is there. Physicians know our needs, our requirements and our most personal health details, and those among them looking to make extra earnings can simply recommend procedures and regular follow-up visits that are entirely unnecessary.

At the same time, very few among us would possess the knowledge required to question the necessity of any of these tests, and we are always taught to trust our healthcare providers (which, to be clear, is the ideal scenario).

One area that has caught the attention of authorities in particular is the potential for fraud involving children. When it comes to the well-being of our offspring, we can add to the mix the complexity of “paternal instincts”, which can make it even easier for doctors or healthcare facilities to commit fraud by suggesting unnecessary tests or even unnecessary hospital stays.

As for fraud committed by pharmacies, this is often “less grey”. That is, it is rather easy to spot as a directly fraudulent act. One of the most frequent types of fraud committed by pharmacies is false invoicing, whereby the pharmacy would raise invoices for services or medicines which were never even provided, or they would invoice more than once for the same service. Pharmacies have also been found to have paid cash to patients in order to copy their medical cards and use them to make false claims on a regular basis.

There are also cases where pharmacy, patient and medical practitioner are all working together. For example, instances have been uncovered where pharmacies have routinely provided cosmetics and other non-medicinal products in exchange for a prescription order, which results in the patient not having to pay for those cosmetics and the pharmacy and the doctor splitting the money paid out by the insurance company for the medicines (which were anyway never filled).

Finally, I will just mention the so-called “rogue insurance providers”, some of whom have been guilty of a range of illegal activities within the UAE, including the underwriting of health insurance policies which cover less medical services than is mandatory under the healthcare schemes, non-compliance with health insurance policies, non-adherence to product rates as approved by the various health authorities, providing false and misleading information when applying for a medical insurance provider license, and so on. Yes, this can run deep and can end up being a big cost on the system.

As mentioned, at present it is estimated that only a mere 20 per cent of fraudulent claims are identified, and this is something the authorities are looking to improve on. In 2014 in Abu Dhabi, for example, hundreds of medical fraudsters were investigated, as whistle-blowers helped to expose deceitful practitioners and healthcare providers.

The HAAD corralled 10 providers, 45 insurance companies, six third-party administrators, and 179 medical professionals who were deemed to be behaving suspiciously, and it continues to bring court cases against many offenders.

The complaints raised range from the misuse of health insurance cards, to healthcare companies claiming treatments and tests they had not given to a patient, to false claims for medical materials. And of course there were the very serious accusations levelled around the misleading of patients, advising them to undergo unnecessary tests or procedures to increase the claim the healthcare provider could submit to the insurance companies.

The HAAD and other health authorities across the emirates will only further advance their efforts to combat fraud in the years ahead, through the introduction of new systems, undercover investigations, whistle-blowers, tip-offs, and so on. Process irregularities are in fact quite easy to spot by those on the lookout for them, and ‘mystery shoppers or patients’ are proving to be a highly effective means of nabbing offenders.

As for the punishment handed down, although I could not find much in the way of recent examples, if we go back to 2010 and take a look at a sample of 38 health insurance violation cases involving clinics, pharmacies, and healthcare professionals, we see that the HAAD handed out fines ranging from Dhs 10,000 to Dhs 20,000 per violation. The HAAD also referred certain violations to the courts, and in two cases the defendants were sentenced to two months in prison followed by deportation for the issuance of forged health insurance cards.

The medical fraud issue is indeed a very sensitive one because in the medical profession there is a lot of “grey area” that must be factored in – particularly where physicians are concerned. Who’s to say that a procedure was or was not needed, or that those tests or that overnight hospital stay was or was not warranted?

The last thing we want to do is live within a system where our doctors are fearful of carrying out their jobs as they normally should. And without a doubt most physicians and medical professionals are honest and out there to serve for the greater good – and so should be operating in a system that lets them do this.

One of the main challenge in combating fraud, then, is to work all of these “grey area” realities into the effort, with systems and procedures designed to catch and counter fraud all having that sort of “built in” flexibility that does not put a cloud of suspicion over the healthcare industry.

In this respect I think the UAE is doing a strong job of ensuring we build on the right framework. There is a lot to do, and clearly we have moved relatively slowly on the fraud issue, but I believe this was done for that purpose of trying to maintain a balance that would not threaten the freedom with which our medical professionals need to operate.

And so on that final note, it should be understood that the goal is not the unrealistic one of eradicating fraud, but rather it is to work towards implementing the right structures and guidelines for minimising it.

The UAE is a young country with a young medical system, and fraud is just one of the issues among many that need to be dealt with and managed as we grow.