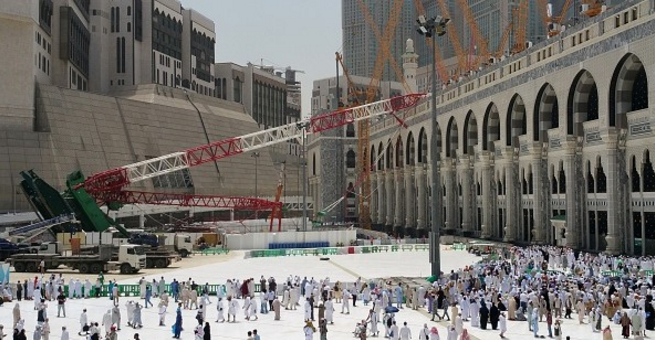 Documents have reportedly implicated 40 suspects in the collapse of a crane last September at Mecca’s Grand Mosque.

Saudi Daily Al Watan reported 30 of the suspects implicated by the documents referred to the public prosecutor were directors, technicians and project leaders working at the company carrying out the expansion work.

Saudi Binladin Group was suspended from new contracts in September following the incident, that killed 107 people and injured 238, after it was found that the crane had not been erected in accordance with the manufacturer’s instructions.

Sources told the publication that further names could be added to the list as the investigation continues. Preliminary investigations with some of the suspects were started in Jeddah two months ago, it said.

Charges are expected once the investigation is completed.

Saudi’s King Salman Bin Abdul Aziz ordered that the families of those killed or permanently injured will be paid SAR 1m each in compensation. Those that sustained less serious injuries will be paid SAR 500,000 each.

Those injured that were unable to perform their pilgrimage last year will be invited as for the next pilgrimage as hosts of the king as well as two relatives of each victim.

Hajj pilgrimage in the age of coronavirus is unlike any before