Do Your Staff Hate You? - Gulf Business 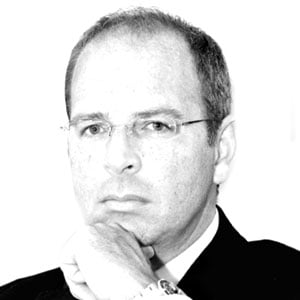 If you asked your employees “Would you like your boss to be fired?” nearly half would vote in favour of seeing you go and then they would head off to celebrate.

Ok, perhaps, I am taking a liberty to accentuate the point revealed in a Gulf Business poll where 44 per cent of employees voted ‘no way’ when asked if they liked their boss. This is an alarming revelation.

To put this in perspective, if you knew that when you stood in the grocery line (with 10 people in it) at the supermarket, it meant that half of the people in line with you don’t like you. How would you feel? According to this poll, that’s the way it is when you walk into work.

I realise that the poll did not probe every leader’s entire team, so you may be the lucky ‘liked’ leader. Nonetheless, this is a topic we need to pay attention to.

First, why should you care if your employees like you? Perhaps you have an innate need to be popular, but the real reason likeability matters is because its affects your employees’ performance.

Employees work harder for a boss they like. But keep in mind that ‘being liked’ is not synonymous with being BFFs or, for that matter, even being friends. Like has a very flexible range of meaning. The “like” I’m referring to is more akin to feeling good about someone and having respect, but respect for the person, not just the position.

When employees like their boss, they put in discretionary effort, the level of effort an employee is capable of bringing to a task, compared with the effort required only to get by. Unfortunately, most workplaces have too many employees who are just getting by.

Over breakfast recently, a senior executive told me that he thinks the secret to growth in this region is bottom-up, meaning employees have to want to grow for the benefit of the people above them. The operative words in his statement are “want to”. You can be assured if an employee does not like his boss, the “want to” is non-existent.

A common human practice, including employees, is to spend more time talking about what they don’t like than what they do like. So when an employee says “no way” when asked if they like you, rest assured they are giving this good press coverage at the water cooler. And unfortunately, their negativism is cancerous to your team.

So, what should a leader do? In addition to the obvious of being fair, clear, respectful, and not acting like the domineering “mudir” (boss), spend time with your employees. Don’t take yourself too seriously and have a cup of coffee with them. This informal time and not coming across stiff and stale, pays positive dividends on performance improvement.

An interesting study on likeability says if you want people to like you, stop doing favours for them and instead spend time allowing them to do favours for you. Then thank them for it. The problem with doing minor nice things for somebody is that they forget about it much faster than the person doing the favour. As crazy as it sounds, it has to do with how people don’t like feeling that they owe something, but like feeling that they are owed.

One last point on how to be a likeable boss is don’t take yourself too seriously. Devoting a huge amount of time and energy trying to not looking stupid in public makes a leader come across as stiff and stale.

There is one big problem with the famous quote ‘it’s not my problem if they don’t like me’. It really is your problem if you are the boss. Moving off the ‘unpopular’ list and changing the poll results from 44 per cent saying “no way” when asked if they like their boss, does not mean becoming Mr. Nice Guy. But, if you are part of the 44 per cent, it does require you to start doing something differently, because what you are doing now is what got you on the list.