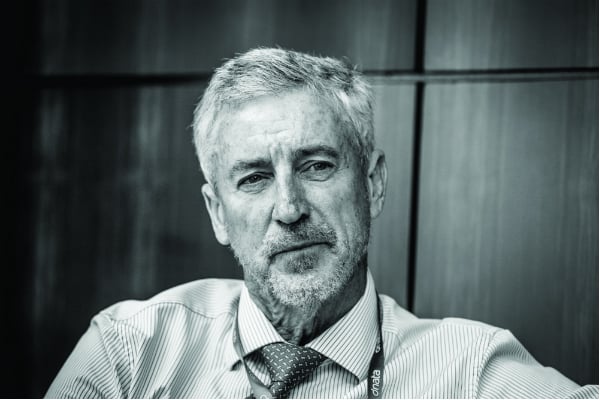 You joined the Emirates Group back in 1989 when it was a small company comparatively speaking with the corporate giant we see today. What was it like back in those days?

“I had no aviation background whatsoever. There was no induction, it was just a case of soak it up and find your way. But I think that helped me do a better job, as I was more inquisitive. We only had three aircraft back then. It was a different world altogether.”

dnata operates in 75 countries with more than 30,000 employees. It must be difficult to keep abreast of everything that is happening within the organisation across the globe when the scale is on that level. Do you focus only on the macro level or do you get your hands dirty at the granular level too with a back-to-the-floor approach?

“Well, you have to be strategic but you also need to get close to the coalface and roll your sleeves up – although you have to be selective as to where and when you do that. I have built up a great team aligned to our company goals. But at the same time I have been out there on the ramp because you have to demonstrate a human presence as a leader. I get a kick out of that actually.”

You are a qualified accountant. Did you ever think you would end up in such a 360-degree management position at a multinational company back when you were doing your accountancy exams?

“I never thought I would leave New Zealand, as I didn’t go to university and started working at 16. But then I went to night school and was a qualified accountant by the age of 21, which is pretty rare.

“However, in my wildest dreams, I could not have had any idea that things would have worked out as they have. I am not ambitious but I do things well with great attention to detail. Despite what people say, business is not rocket science. You just have to get the basics right and treat people well. Success breeds success.”

Last year, the dnata turnover was $2.6bn. What are you projecting for the year ahead in terms of growth?

“We will have 10 to 15 per cent income growth, which is not to be sniffed at. The old Dubai compound growth rate of 20 per cent every year is a thing of yesteryear. Times are tougher across the globe now.

“There is a lot going on out there, a lot of consolidation. The dynamics are changing. Last year was the best year ever for the aviation industry, but now there are a lot more challenges.”

Aviation is one of the few global industries still booming relatively speaking. But do you think the plethora of crashes in recent years and the threat from terrorists pose any obstacle to further growth going forward?

“There will always be bumps in the road, but you will not stop people travelling. Flying is still safer than ever. Today, people think nothing of flying from Australasia to Europe for a rugby game. The convenience will continue to drive people to travel. These days, it is like getting on a bus.” 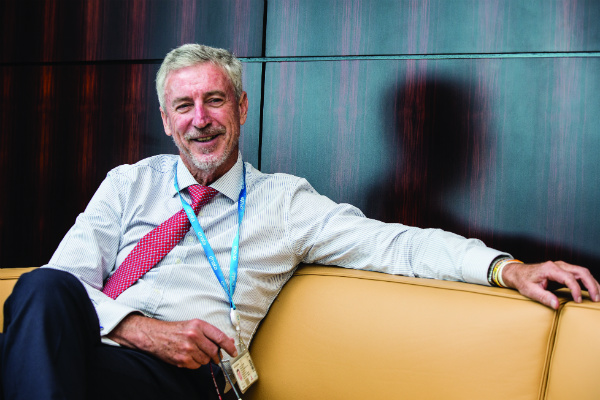 Do you see a time in the future where the Emirates Group might go public with an initial public offering?

“It is one for the ownership. We are building a large organisation so there are combinations you could consider; it’s all out there. There is a platform for it, but the dynamics could change once you have shareholders. At the moment, I don’t sense it. There is no indication of an IPO. But you never know. If it comes, we will deal with it I’m sure.”

And in the short to medium term for dnata, what is on the horizon in terms of new markets?

“We will do more in the United States and Canada and we will use our work in Brazil as a springboard to go into South America. I would also love to be in Iran. And we are not yet in China or India, but the business model has to work. Globalisation for the sake of globalisation is just not worthwhile.”

Now a question that is a slight departure. What are your thoughts on social media and how vital it is to do business in the modern age – I couldn’t find an account for you on Twitter, LinkedIn or Facebook?

“I’m a dinosaur, I admit it. I can never see the evidence of what you get from it. I am just not convinced although of course you can’t ignore it. For me, it’s about being productive and the best use of your time. Emails are definitely enough already.”

Are you concerned about the potential negative effects on your business of a Trump United States presidency, if Donald makes it into the White House?

“You have to take all the rhetoric with a pinch of salt. I don’t think there will be any real change. Trump would not get away with isolationism and protectionism. It’s not about one person, but the system around that person. In reality, Trump would be handcuffed.

“You get what you deserve with democracy and someone like Trump has gained support because the American dream has not delivered for the latest generation. There are a lot of disenfranchised people out there in the US.”

What are the dos and don’ts for those business leaders hoping to make a significant impact in the corporate world – you must have learnt many hard lessons during your illustrious career?

“One thing you do learn from the Arabs is that you can walk away from something and deal with it later or let it take care of itself. Just as importantly, you have to treat people with respect. You must never forget your roots.

“Sheik Ahmed (Emirates chairman and chief executive) will treat you the same whether you have a knighthood or you are an office boy. And I would never ask anyone to do what I wouldn’t do myself. You have to be clear and consistent.”

Who are your heroes in business – which leaders have inspired you?

“Sir Maurice Flanagan (Emirates Airline founder), who recruited me in 1988, taught me a lot about how you have to try to build a family at work. It’s about being gracious and doing the right thing. But I never wanted to be someone else, I just picked up things from a number of people along the way.”

Finally, we all know the importance of a healthy work-life balance. What’s your favourite way to spend time away from the office?

“My escape now is hiking in the French Alps. That physical elements helps to clear my mind and I love it.”