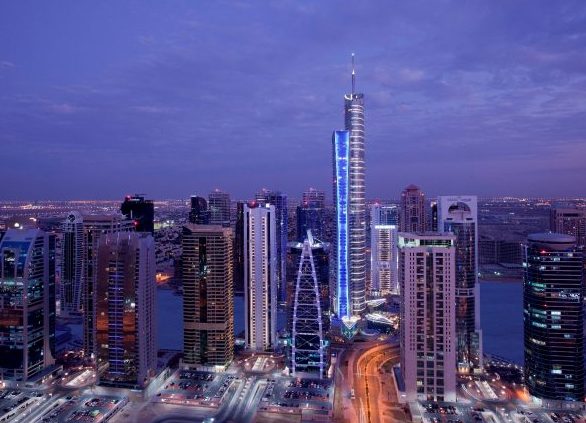 Dubai Multi Commodities Centre has been named the world’s best free zone for the third year in a row by the Financial Times’ fDi Magazine.

The DMCC, which contributes nearly 10 per cent to Dubai’s gross domestic product was ranked first of 60 free zones around the world in the magazine’s annual list.

The magazine noted the free zone’s new range of clients acquired in 2016, including PepsiCo, Panasonic and Levi Strauss, and highlighted that 125 of the zone’s member companies expanded by more than 15 per cent.

Ahmed Bin Sulayem, executive chairman of DMCC, said: “Winning Global Free Zone of the Year for the third year in a row is an honour and a tribute to the over 13,700 companies which make up the DMCC Free Zone and contribute to our success every day, driving the next wave of growth and innovation”.

CEO Gautam Sashittal added: “To be ranked number one out of 60 free zones around the world is a significant achievement and affirms that the DMCC Free Zone provides a truly connected marketplace enabling progressive companies to trade with confidence and grow their businesses.”

DMCC, which welcomes seven new companies per day, is already home to some of the world’s leading corporations including TAG Worldwide, Alcatel Lucent Middle East and North Africa, Duracell and Carrera Y Carrera. Some 2,016 new members joined in 2016, and over 600 have joined in the first half of 2017.

Speaking on behalf of the judging panel, Courtney Fingar, editor-in-chief of fDi Magazine, said: “Despite ever-tougher competition, DMCC continues to stand out from the crowd and is our choice as the world’s top Free Zone for the third year running.

“DMCC is keeping at the forefront of technology and pioneering the use of electronic signatures and other services that save member companies time and hassle. We believe the already strong DMCC offer is becoming even more compelling through such developments and applaud the Free Zone’s management for success in our awards.”