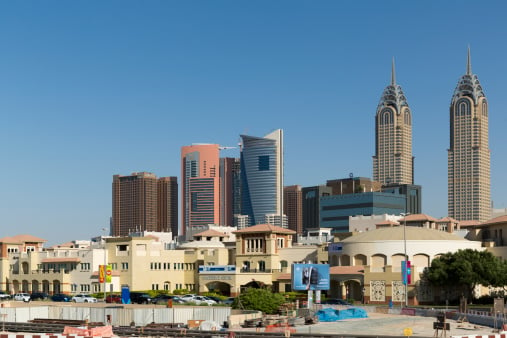 Land prices in prime locations such as Dubai Internet City (DIC) and Dubai Media City (DMC) rose around 30 per cent in a year, said the TECOM Investments Group CEO on Monday.

“We have seen a significant increase in land prices in our prime locations such as DIC and DMC – around 25 to 30 per cent in a year- and an increase of 15 to 20 per cent in Studio City and other places,” Amina Al Rustamani told reporters on the sidelines of a press conference.

TECOM Investments, a unit of Dubai Holding, operates 11 free zone and non-free zone business parks with a sizeable portion of land under its management.

The bulk of TECOM’s revenues come from its varied leasing portfolio, which includes commercial offices, pre-built offices, laboratories, studios, warehouses and labour camps among others. The company also leases out land to firms looking to have an elaborate set-up in Dubai, Al Rustamani added.

The government-owned investment firm is also working on Dubai Design District (d3), which aims to transform the emirate into a commercial hub for design industry related organisations.

“The construction of d3 is on track and the phase one will be operational by the first quarter of 2015,” said Al Rustamani.

She added that d3 has been attracting investor interest in the design industry and also from investors looking to develop boutique hotels.

“Phase 1 is worth Dhs4 billion and 80 per cent of buildings are complete,” said Al Rustamani.