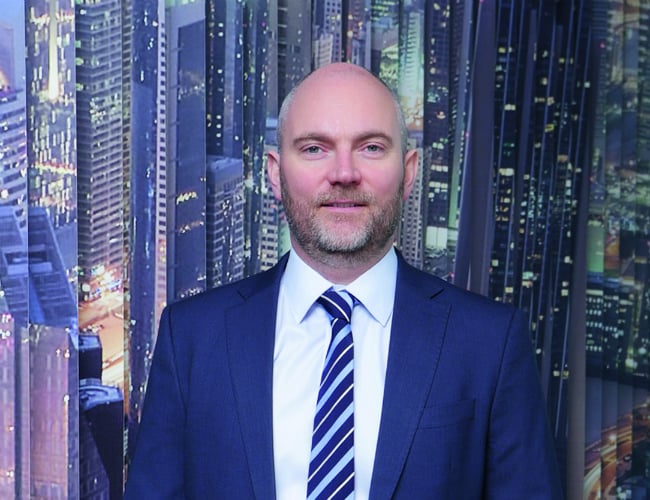 The challenges faced by countries within the Gulf Cooperation Council in diversifying their economies are substantial, and many of the transformation plans already announced look more aspirational than achievable.

In the past, the GCC’s large hydrocarbon endowment – close to 30 per cent of global oil reserves and 20 per cent of global gas reserves – and the high income this has generated, had resulted in generally comfortable net external asset positions, government fiscal surpluses and low government financing needs – until oil prices fell sharply in 2014.

A narrowly based economy tends to be more vulnerable to key sector business cycle swings, amplifying the volatility of its growth, government revenues, and current account (export) receipts.

To counter this, GCC sovereigns have announced ambitious diversification plans, some of which have existed for several years. These plans have recently gained new impetus following the sharp and sustained decline in oil prices. By and large, governments have presented National Development Plans (NDPs) or ‘Visions’ with 20 to 25-year time horizons, usually incorporating five-year intermediate strategies, which help to assess whether the country is on track to meet its near-term economic targets.

These GCC government strategies broadly target diversification through the expansion of sectors such as tourism, business and financial services along with logistics. In our view, it is likely to be a decade long or generational transition. We also believe that structural impediments will hamper the transition toward significantly more diversified economies.

The barriers to diversification are numerous. Firstly, while we believe that US dollar exchange rate pegs remain appropriate for their economies, they still hinder the GCC’s ability to compete on price in non-oil export markets. As a result, the development of non-oil related activities is dampened, absent any offsetting efficiency or technological capacity gains.

Another factor to consider is climate. The GCC states are mostly characterised by a desert climate. On the one hand, the climate is supportive of tourism during most months of the year. On the other, the heat severely constrains the development of agriculture, with water and arable land scarce. However, development of agriculture, along with other primary sectors, is often the precursor of a shift to manufacturing (secondary sector) and services (tertiary sector).

Given the fall in oil prices and the pressure on public finances, GCC governments are attempting to stimulate private sector-led economic diversification. In our view, this will require skills enhancement of Gulf countries’ workforces. It is likely that only relatively high wage private sector jobs would be sufficiently attractive to entice national citizens away from the public sector, absent the unlikely event of a sharp fall in public sector wages. However, in which sectors these private sector jobs are to be created remains unclear. The local workforce will likely require significant training and education to be eligible for such jobs in any case. Investment in education will take time to bear fruit.

Openness to doing business is proving another diversification constraint. The implementation of business-friendly reforms such as free trade zones, tax incentives and the easing of tariff restrictions has stagnated outside of the UAE and is likely to constrain foreign capital inflows.

With relatively small populations and sizable hydrocarbon revenue generation, GCC governments have been able to maintain a cradle-to-grave system of public sector support for their nationals. This has included the free provision of energy, education, health and housing, alongside significant employment of nationals in the public sector. Given local populations’ relatively high living standards and work-life balance, the development of a competitive labour-intensive manufacturing or services sector capable of attracting them away from the public sector looks to be a significant challenge.

Lastly, across the GCC, the development of higher value-added sectors, such as business services could be one way of enhancing economic diversification, given its ability to provide well-paid jobs, tailored to suit the relatively high living standards of GCC nationals in the region. However, with Dubai already leading the way, developing a competitive services sector economy may heighten the risk that GCC economies’ development occurs at the expense of each other. This is not to say there can’t be challengers, but many of the GCC sovereign’s development plans target the same areas such as tourism, financial services, and logistics. In our view, this could create significant overlaps in the provision of these services.

There is no doubt that the diversification challenge facing the GCC region is a daunting one. But only through a concerted effort to embrace more sustainable rates of growth will GCC sovereigns deliver their 20 and 30-year visions. If not, then such ambitions will go unfulfilled.