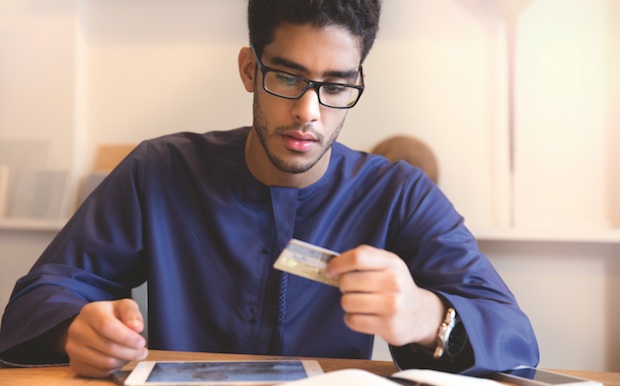 Conditions in the Gulf’s personal finance market are often a good indication of the general health of regional economies and 2016 was no different.

Comparison site Compareit4me reported that 1.68 per cent fewer people applied for loans last year than in 2015, suggesting consumers did not feel secure enough to commit to longer loan agreements.

Meanwhile, those that did faced increased hurdles, with a 10.26 per cent rise in applications indicating banks were less willing to give out credit.

“Certainly the liquidity crunch caused by the low oil price has had its effect on consumers looking for easy credit – which doesn’t really exist anymore. In 2016, users made an average of 2.97 applications each for personal loans, suggesting that banks were being more stringent on who they were offering personal finance to,” says Jon Richards, CEO, Compareit4me.com.

Amid this more difficult climate, the aggregator site and its rival Souqalmal are an example of the changing personal finance landscape in the UAE and wider Gulf region, with technology playing a larger role than ever before.

Where once applying for an account involved venturing to a bank’s nearest branch, and credit cards and loans were sold over the phone through often unwanted cold calling, technology is putting the power back in the consumer’s hands in more ways than one.

Branches are changing dramatically with tablets, video conferencing booths and motion sensitive screens replacing traditional counters, offices and even staff in some cases. And the same is increasingly true of processes like paying bills and depositing cheques, as online and mobile banking becomes the new norm and the likes of Emirates NBD and Commercial Bank of Dubai launch a new wave of online-only accounts targeting millennials.

“As technology and social media evolve, the customers expectations of how they interact with their bank, what kind of services are available and the information that is available is also changing,” says Mohsin Aikal, head of consumer finance at Noor Bank.

“They don’t want to visit branches, they expect to conduct their banking on their PC or mobile. And processes are constantly evolving to capture that feedback and the expectations of customers.”

The rise of the aggregators

Despite advances in the way consumers conduct banking in the region in recent years, Umair Hameed – a partner in KPMG’s management consulting business – argues there has been little innovation when it comes to products such as personal loans, credit cards and mortgages.

“The products themselves haven’t evolved,” he says. “In the absence of any innovation it is really the rates and fees that one could argue are the differentiators.”

As a result, Hameed suggests that financial technology firms like comparison sites – or aggregators are the ones bringing true disruption to the personal finance market and achieving impressive growth figures in the process.

KPMG estimates aggregators in the UAE market are seeing 60 to 80 per cent increases annually in the number of products being purchased through their platforms as users appreciate the additional transparency they bring with more than 75 banks and finance companies.

“Certainly people in this region are waking up to the benefits of comparing financial products, but I think that has less to do with the current economic climate and more to do with the fact that everyone wants to save money where they can,” says Richards.

“And people are beginning to realise that comparison sites really do save them money.”

“They [aggregators] introduce a layer of transparency and this keeps all the banks on their toes,” says Aikal.

“You need to be conscious of what the competition is doing and what’s out there in the market. Obviously you did that even before these aggregators but I think it adds an additional layer of urgency or consciousness that you’ve got to make sure you do the best you can because this is what’s out there.”

Among the side effects of the rise of aggregators has been the pitting of Islamic providers against their conventional counterparts in ways not seen before.

Aikal suggests the number of customers opting for Islamic products is on the rise and growing faster than the market, particularly given the often more favourable terms when it comes to late payments.

But he believes one key hurdle Sharia-compliant institutions face is a lack of consumer awareness in terms of how Islamic products work in comparison to their conventional counterparts.

A recent campaign, dubbed #Ibankislamic saw seven Sharia institutions and the regulator in the UAE get together to promote awareness through social media, financial workshops and information sessions in schools.

“At the end of the day we all operate in the same market whether conventional or online and we compete for the same customer base.”

Data from Compareit4me suggests some level of success. The company reported a 6.85 per cent increase in the number of people applying for Islamic personal loans last year compared to 2015.

However, an 8.57 per cent dip in consumers applying for Islamic credit cards suggests more focus will be needed on this area in the year ahead.

The end of cold calling?

As technology continues to disrupt the Gulf’s personal finance market, Richards suggests there are still a number of gaps waiting to be filled.

“The first that springs to mind is micro-finance, offering things like payday loans on short-term agreements. Another is good finance for SMEs – banks in the region purport to offer this but the reality is very few lenders will offer funding for an SME.”

He also argues a wider issue is the system of determining credit-worthiness.

“We’d need credit checks to get a lot more sophisticated if we were to bring micro-finance and good SME funding to the region,” he says.

At the same time the Gulf also has some way to go in its adoption of comparison sites, which have existed in other parts of the world since the turn of the century.

“In Europe, for example, over half of insurance policies are bought through a comparison site, whereas that number is minimal here. Once more insurers are ready to get online with comparison sites there’ll be more choice for consumers and healthier competition,” Richards adds.

But as adoption increases, Hameed believes the pressure will be on banks to change their approach, with some smaller institutions possibly opting to conduct their sales through aggregators entirely rather than hiring their own staff.

“Retail financial institutions need to realise that – with a commoditised and standardised product offering, and increased disruption to the traditional competitive model – as aggregators increasingly become the intermediary between them and the end customer, they are one step further away from having a direct interface with the customer. And one step closer to becoming invisible to the customer,” he says.

So does this mean the end of cold calling by banks eager to sign you up for a credit card or loan?

Those hoping for an end to the practice may be disappointed but aggregators and other technology advances may at least mean banks are more intelligent in the way they go about it.

By utilising data and analytics to study customer transaction data Hameed suggests lenders could soon be calling customers to offer them something more tailored to their needs, such as an education product after paying their child’s school fees, rather than an unwanted distraction.

“How many times has somebody called you at the right point of time offering you something you need? Banks aren’t doing that,” he says.

“By putting it in context they can offer you something that is more relevant.”