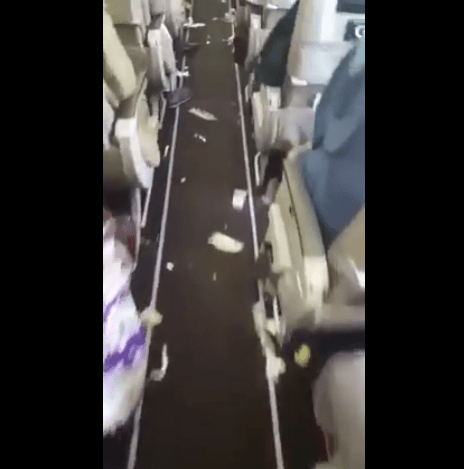 Disgusting conditions onboard Saudi Arabian Airlines’(Saudia) first flight from Jeddah to Addis Ababa were allegedly the fault of deportees.

A video taken aboard the Airbus A330 plane showing human waste on a toilet seat and tissues littering the gangway attracted international media attention and widespread criticism on social media.

Arab News cited a source at the airline as saying most of the passengers on the aircraft were being deported back to Ethiopia.

“The crew must always keep the aeroplane clean. It is Saudia’s fault if the crew is understaffed,” Muhammad Al-Saed said.