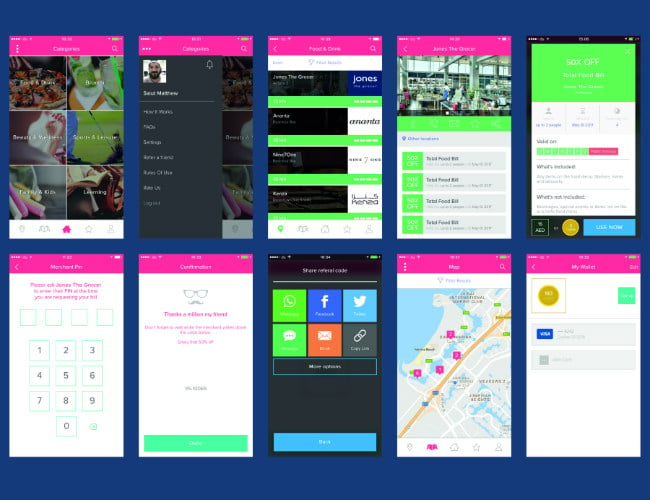 VoucherSkout, a new discount app offering restaurant, hospitality, wellness and entertainment deals has officially launched in the UAE with an eye on breaking the monopoly of incumbent the Entertainer.

In a press release the company claimed to be the first app to offer 50 per cent off deals in the country and said its offers were more flexible when it came to purchases than the buy-one-get-one-free offers of rivals.

Two-for-one discount voucher service The Entertainer launched its own app in 2013.

The VoucherSkout system is based on location-based point of purchase offers, meaning there is no subscription or upfront cost for a voucher booklet or app, and users only pay for the deals they use.

“Consumers are given four 50 per cent off vouchers per featured merchant, and once exhausted, these four vouchers automatically refresh,” the company said.

“You only buy our vouchers at the time you actually want to use them. This means you pay for your deal when you pay for your meal, it’s that simple. Users are charged a small fee for each individual voucher, paying instantly via credit card or VoucherSkout credits at the time they are requesting their discount. This only ever takes place within the merchant outlet itself,” according to founders Alia Al Nabooda and David Tobias.

The app, which comes with three free credits, is available for free from the Google Play and Apple stores and comes with Google maps and Uber functionality.

Users can also access menus, price lists and other information through the app to make comparisons.