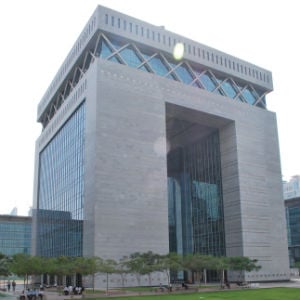 The Dubai International Financial Centre (DIFC) said that the number of active registered companies operating within it rose seven per cent in 2011 to reach 848 as of December 31.

Though most of the companies operating within DIFC are currently from Europe (37 per cent), the centre said that it was increasingly seeing more interest from Asia and the Middle East.

“We have the potential to double in size in the next five years, contributing to economic growth within UAE and the region as a whole,” said Abdulla Mohammed Al Awar, CEO of DIFC Authority.

While occupancy in the DIFC-owned commercial offices last year remained the same as 2010 at 95 per cent, commercial office space within third-party developments increased from 44 per cent in 2010 to 72 per cent in 2011. However, this doesn’t include the three new developments that were completed within the DIFC last year – Index Tower, Park Towers and Emirates Financial Towers – which added about one million square feet of additional space.

The centre said that it was not negatively impacted by either the Arab Spring or the current debt crisis in Europe as most of the companies operating within the complex were there for the long term.

The recent decision by the MSCI not to include the Dubai Financial Market in the Emerging Markets Index also had little impact on the DIFC, claimed Kevin Birkett, the head of Financial Services, DIFCA.

“People had looked at us for a long time before we had the issue with MSCI. So nothing has changed in that respect,” he told Gulf Business at the sidelines of a press conference.

Following its positive performance in 2011, the centre is aiming for more growth in 2012, said Al Awar.