Diabetes In The Middle East - What Can Be Done? - Gulf Business 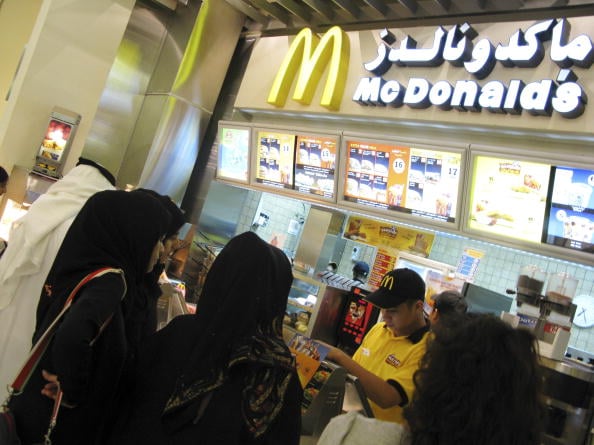 Medtronic, the world’s largest medical technology provider, is eyeing serious development and expansion across the Middle East, targeting the region’s chronic diseases such as diabetes.

The news comes as the United Nations Children’s Fund (UNICEF) warned that it expects the rate of diabetes across the MENA region to increase to almost 59 million people by 2030.

Five of the GCC’s six nations feature in the top 10 countries in the world for the most prevalent levels of the disease. There are currently 34 million sufferers in the region.

So what can be done to stop diabetes from becoming a pandemic in the Middle East? UNICEF began implementing an obesity prevention programme last year, aimed at improving education about the disease for children and students.

Dr Dalia Haroun, programmes consultant for UNICEF in the GCC, said the programme has been received positively.

“The programme is a great success and has received acclaim and positive feedback from students and parents. This positive interaction encouraged us to accelerate the launch of the second phase of the programme during the current academic year, which includes government schools in the emirates of Ajman, Umm Al Quwain.”

The programme provides health education sessions and physical activities to students, while parents are offered health workshops. Phase one was implemented across ten schools – six in Abu Dhabi, four in Dubai – with more than 3,000 students participating.

Targeting the young to better educate them about diabetes will be a core part of stopping the spread of the disease.

A UNICEF global health survey in 2010 showed that 40 per cent of UAE students aged 12 to 15 years were overweight.

Razan Sahuri, nutrition consultant at UNICEF in the GCC, said: “This is a significant health concern, since obesity does not only lead to diseases such as diabetes and heart disease, but also causes mental health problems such as low self-esteem and adversely affects the education and upbringing of children.”

However, despite UNICEF’s best efforts, Rob ten Hoedt, president of Metronic EMEAC, explains it is the genetic link that makes diabetes hard to treat.

While patients of type one diabetes are purely genetic, and type two patients can attribute blame at their lifestyles, ten Hoedt says Medtronic is aiming to service both variants of the disease with specialist clinics in the region.

“We need to setup diabetes clinics here. We are actively working with governments and doctors to see if we can get diabetes service centres where diabetes patients can go to and get the different options that are available for treatments and get trained on their carbohydrate intake and when to take insulin and all these complicated things that come with that disease.”

Ten Hoedt is serious about Medtronic’s bid to implement these clinics. The company already has a training facility in Beirut and is on course to set-up another in Dubai.

For medical companies, where there’s a disease, there’s a growth opportunity.

“We need to continue to work with the government and with the hospitals system to develop the appropriate model for healthcare. We are committed to it, we do our investment in it and for us, this is going to be our growth market.

“For us we believe that our own business will continue to grow over twenty per cent, that is our goal and there is enough space for that growth. Here [Middle East] is where we have a lot of underserved patients that require appropriate care, so there is a lot of opportunity here for us.”

Despite seeing the opportunity for new business by administering the cure, Ten Hoedt agrees with UNICEF’s efforts to improve education and prevent the problem at its source.

“The type two population, they could avoid it [diabetes] if they take a different diet. Education of the population is very important.”

Read the full interview with Rob ten Hoedt in the March issue of Gulf Business.