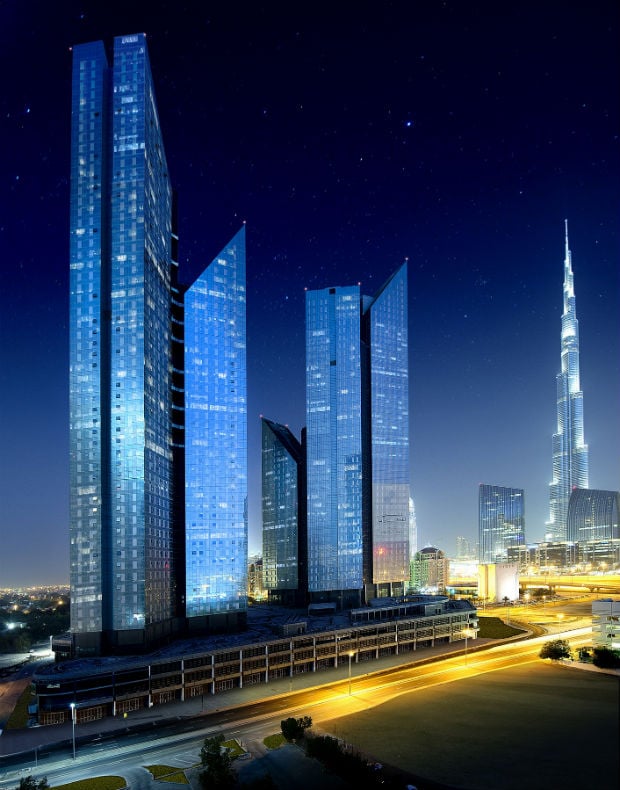 Arady developments, a joint venture between Deyaar and Dubai Properties Group, has announced the launch of a 48-storey residential tower in Dubai International Financial Centre (DIFC).

The tower is a part of the group’s Central Park project.

Nearly 80 per cent complete, the tower is spread across 575,000 square feet and comprises of 426 apartments including studios, one and two bedroom apartments and three bedroom duplex and triplex penthouses.

The handover of the residential tower is scheduled to take place in the second half of 2014, with sales expected to begin mid-September. Arady Developments will oversee the sales.

“Central Park has been launched at an opportune time, when Dubai is experiencing growth and has proven its status as one of the most profitable locations for investment,” said Arif Mubarak, chief executive officer at Arady Developments.

“It is an outstanding high-value investment opportunity from two of the UAE’s respected developers. It caters to the growing needs of companies and individuals alike for such niche spaces.”

The Dhs4 billion Central Park project comprises over 1.57 million square feet of commercial and residential space. It is a joint venture project between Deyaar Development and Dubai Properties Group, a member of Dubai Holding, with both partners holding 50 per cent ownership.