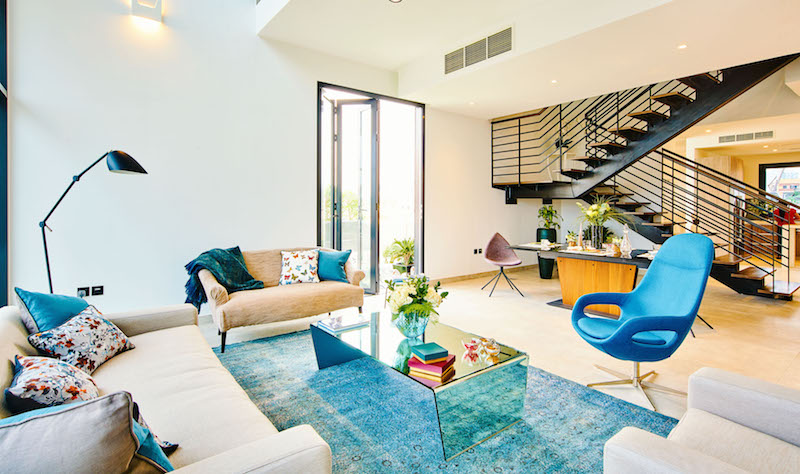 The project includes 122 apartments and 20 townhouses, with all except seven units already sold out, a statement said.

The townhouses feature four bedrooms with a double car space and a terrace on the second floor. The corner townhouses also have a garden area on the ground floor with access to a 10-metre long private lap pool.

Amenities include a gym and a swimming pool on the roof.

Aurora said it has now started construction on its second project in JVC, Hyati Avenue project.

The eight-storey project will include 103 units and 19 townhouses, all targeted for completion in December 2019.

“To date, Aurora has completed projects valued at Dhs275m, consisting of Hyati Residence, Ritz Residence, and F01, with another Dhs238m under construction, namely Hyati Avenue and Lyra by Aurora.”

Dubai’s property market has seen a slump in prices in the last few years, with the value of property transactions in the first half of the year dropping by 15.9 per cent to Dhs111bn ($30.2bn) compared to Dhs132bn in the same period in 2017.

Data from listings site Bayut.com also showed that sales prices were down up to 8.8 per cent in some areas from the second half of last year to the end of the first half of 2018.

However, earlier this week, Danube Properties announced that its Lawnz project in International City was completely sold out.

The Dhs550m project, which includes 1,032 residential units, targets the affordable segment with prices starting from Dhs290,000 for a studio apartment.