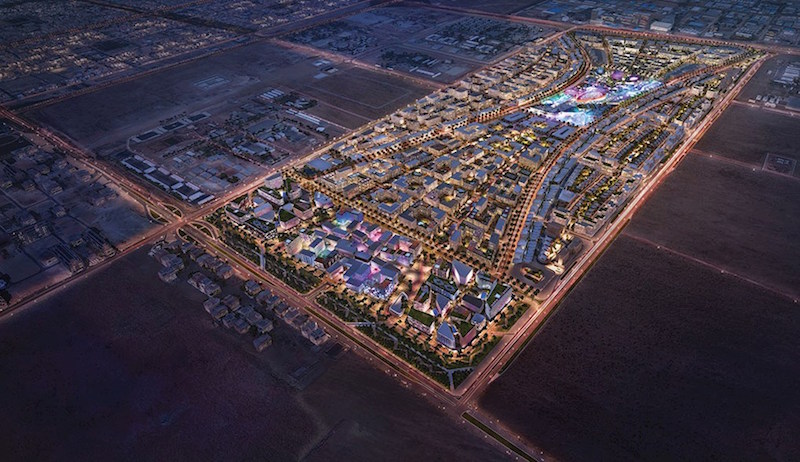 Property developer Arada has secured two syndicated loans worth a total of Dhs1bn with Mashreq Bank to fund its two lifestyle projects in Sharjah, it announced on Wednesday.

The two Islamic facilities, worth Dhs600m and Dhs400m, will be used to finance its Aljada and Nasma Residences projects respectively.

The announcement follows a previous Dhs1bn facility that was arranged in December 2017.

Aljada, Sharjah’s largest ever mixed-use community with a sales value of Dhs24bn, was unveiled by the emirate’s ruler Sheikh Sultan bin Muhammad Al Qasimi in September 2017.

The 24 million square foot megaproject includes a wide range of residential and commercial offerings, along with retail, leisure and entertainment options.

Construction on Aljada has already begun, with the first homes scheduled to be handed over by the end of this year.

The first phase of the Central Hub, a leisure and entertainment destination within the project which has been designed by Zaha Hadid Architects, will be opened in September this year.

It will feature Arada’s sales centre, as well as events spaces, children’s play areas and a food truck zone.

Launched in March 2017, Nasma Residences – spread across over a 5 million sq ft – features over 900 homes, as well as landscaped parks, a GEMS international school and two retail centres.

Its first phase sold out in less than a month.

Construction work on the first three phases of Nasma Residences has already begun, with the first units due to be handed over in the coming days, a statement said.

In total, Arada has now sold over 3,500 units across both the projects.

“These [loan] facilities will enable us to continue our progress at Aljada and complete all construction at Nasma Residences, where we are preparing to hand over our first homes,” said Sheikh Sultan bin Ahmed Al Qasimi, chairman of Arada.

“This is an encouraging sign for the local economy which will further drive investments into the property market.”