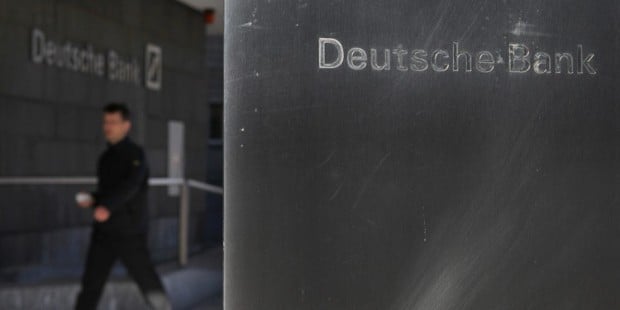 The German lender last week outlined plans to cut bonuses, axe more jobs and sell assets, and senior executives said expected job cuts would be “over and above” the 1,900 positions already announced.

“There are at least seven people confirmed to be leaving front office roles (in Dubai),” said a source familiar with the matter, adding the jobs were mostly in the investment banking business.

The source, who spoke on condition of anonymity, added that three or four of the job cuts were at director level.

Among those leaving is Zulfi Khan, a director in its global markets operations who handled client coverage in the United Arab Emirates, two other sources said.

“A lot of the job cuts in the region have so far remained confined to junior level bankers. Shifting higher up shows the region is clearly no more an appealing destination as it used to be for investment bankers,” one of the banking sources said, adding Deutsche is cutting about a quarter of its total Dubai investment banking team.

Deutsche Bank declined to comment on specific job cuts in an emailed statement, and a spokesman said the lender had a strong investment banking platform in Dubai and the region.

“Any speculations regarding drastic job cuts like 25 per cent are lacking any sound basis,” said Michael Lermer, Deutsche’s spokesman in the region. “We have adjusted our capacity in some areas by about five per cent whilst growing our resources in other areas, which is normal business practice.”

Other global banks, including Bank of America, Credit Suisse and Rothschild, have also shed investment banking jobs in the region in recent months, as dwindling deal volumes and a low fee paying culture makes the business model nonviable.

Middle East investment banking fees were $234.8 million in the first half of 2012, a five per cent rise from a year-ago but still a far cry from the nearly $1 billion fees earned by banks during the boom years of 2005 and 2006, Thomson Reuters data showed.

That fee pool has to be shared between as many as 20 global banks who have hired or brought in some senior bankers to lure business in the region.

Deutsche Bank partners with Oracle to accelerate its digital transformation

Deutsche Bank’s head of EMEA to exit the company