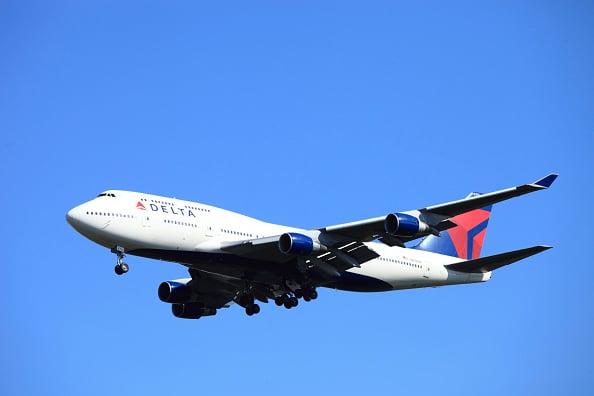 United States-based Delta Airlines said that it is cancelling its flights between Dubai and Atlanta, blaming over-capacity on the route.

The airline said that the cancellation of flights will be effective from February 11, 2016. The announcement comes months after Delta said that it is reducing its flights between Atlanta and Dubai from a daily service to a weekly one.

Delta added that it “has been forced to redeploy the 777 aircraft used in this route to a market that’s not distorted by government subsidisation of state-owned airlines.”

The US carrier reiterated that about 11,000 seats were added between 2008 and 2014 on the US routes from the Gulf carriers’ hubs of Dubai, Abu Dhabi and Doha.

Delta, along with its peers United and American, has been lobbying the US government to restrict the open skies treaty that allows the Gulf airlines – Emirates, Etihad and Qatar Airways- to expand rapidly in the US market.

The US airlines argue that the three Gulf carriers have received about $42bn in subsidies from their respective governments, which allowed them to expand their fleet to add on more long-haul routes. Such funds, they argue, distort the market and do not provide a level playing field with the US carriers who find it hard to obtain such ready finance.

However Gulf airlines have refuted the subsidy allegations, claiming that the US carriers are losing out because of their sub standard customer service. In addition, the regional airlines also say that their growth benefits other aerospace sectors in the US and Europe. Emirates, Etihad and Qatar Airways are among the biggest customers of US-based aircraft manufacturer Boeing and France-based Airbus.

The US government has been studying the subsidy allegations but has not yet said that it will open consultations with the Gulf countries on the open skies treaty.

“The US government can no longer ignore the clear harm that Gulf carrier subsidies are inflicting on American carriers and the men and women who work in our aviation industry,” said the Partnership for Open & Fair Skies chief spokesperson Jill Zuckman.

“The flood of subsidised capacity pouring into these routes has swamped any chance of fair competition, forcing US carriers to cut services that American travelers rely on. If our government allows the brazen subsidisation of Emirates, Qatar and Etihad airlines to continue, US carriers will be forced out of more routes, diminishing service and harming a vital national industry.”

She added that the growth of the Gulf carriers has also closed off new markets to the US airlines, effectively limiting future growth and job creation.