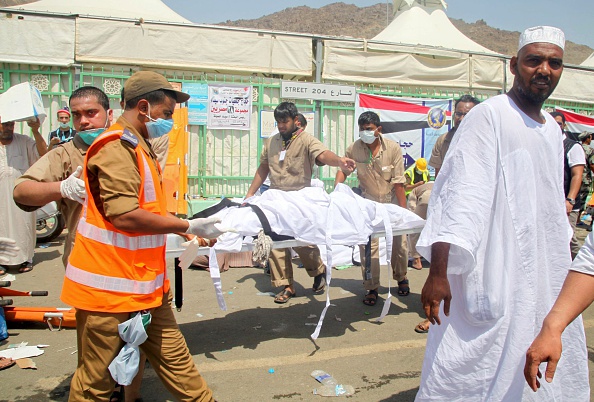 The deadly crush that occurred at the haj near Mecca last month killed at least 2,070 people, nearly triple the number accounted for in a death toll maintained by Saudi authorities, a Reuters tally indicated on Thursday.

Saudi Arabia has come under heavy criticism for its handling of the disaster. Safety during the pilgrimage is a politically sensitive issue for the kingdom’s ruling Al Saud dynasty, which presents itself as the guardian of Islam and custodian of its holiest sites in Mecca and Medina.

The figure, based on information provided by the state and religious authorities and local media reports in the home countries of the victims, would make it the worst such catastrophe to befall the annual pilgrimage since 1,400 people were crushed to death in a tunnel in 1990.

Saudi officials have stood by their official counts of 769 dead and 934 injured, which have not been updated since two days after the crush. The healthy ministry has said any discrepancies in death tolls may stem from countries counting pilgrims who had died of natural causes.

The disaster triggered heavy criticism by arch-foe Iran, which lost the most pilgrims in the crush, but also from other Muslim countries which rarely, if ever, voice disapproval of the powerful and wealthy Saudi Arabia.

Anger was stoked by early Saudi comments that appeared to lay the blame on the pilgrims themselves.

In the wake of the crush, Saudi King Salman ordered an investigation into its causes. No date has been set to announce any results. Critics of the Saudi government challenge the independence of the probe.

Asked about the death toll compiled by Reuters, a Saudi health ministry spokesman said a high-level committee was running an investigation.

“All details related to this matter will soon be released following the completion of this committee’s investigation,” he said by email.

Some, including Iran, have suggested that the disaster may have been caused by authorities halting crowds to make way for a VIP, a charge Saudi officials strongly deny.

Iran reported 465 dead in the Mina crush. Other countries with large tolls included Indonesia with 127, India with 116 and Pakistan with 99.