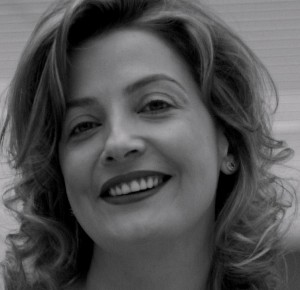 After a week of discussion and comments, the Gulf Business agony aunt Dawn Metcalfe gives her expert opinion on the first query in the series.

The question for week one was:

Do I have to attend this team building event?

I’m a mid-level manager in a large multinational company. I like my job and enjoy working with most of my colleagues. A few months ago my boss was replaced with a gentleman from Europe and he’s decided that we need some “team building”. He’s hired a company and we’re going to spend a whole Thursday at a nice hotel learning to trust and communicate better by playing games. I don’t object to the idea of spending time with co-workers but this kind of enforced camaraderie doesn’t seem to have much value and I’ve got a lot of work I need to do at the office. On top of this there is a “team dinner” that evening and I know my wife and kids won’t appreciate me losing my Thursday evening with them to spend even more time with the people in the office. Can I bow out or is it too risky?

And here is Dawn’s expert opinion:

Thank you for your letter. I’ve read it carefully and it seems that there are two issues:

I’d like to deal with the second issue first. A number of commentators have suggested that you, in essence, “suck it up” and tell your family to do the same as it’s only for one night. Of course that assumes that you do not have to spend other evenings with clients or travelling for work which is probably untrue. Why not do as @danielmarcevans suggests and ask the boss if you could have the team dinner on a Wednesday night instead? If he refuses then I don’t think you have any choice but to go or risk being seen as someone who doesn’t want to be a member of the team. As Nick says below ” Yes family time is important – but who’s paying your salary, bonus and other benefits? Businesses are not charities. Those who work and grow together will, ultimately, benefit together.”

The first issue is more interesting to me and I don’t believe you’re alone in feeling that “making a raft out of office equipment” as facebook-1607327005 suggests may not really help with team-building. I share that scepticism as I know how difficult it is to build a truly effective team and worry that one of these days allows the boss to tick the team-building box and then forget about it rather than put in the hard slog needed to make sure that there is trust and real communication amongst team members so that they can have honest discussions, make decisions, hold each other accountable and focus on results. That isn’t to say that there isn’t value in some of the team-building activities just that they have to be very carefully designed to be of use on the day and there is little evidence that what is learned transfers back to the office.

Having said that, there is some evidence (Sandy Petland et al) that allowing people to socialise outside of the office can improve productivity. In this study a manager made sure that everyone in a call centre had their break at the same time and the AHT (Average Handling Time), the gold standard of efficiency in a call centre) fell by 20%. The difference, I believe, between this and the approach your boss is taking is the regularity with which team members socialised.

To answer your question, this team event is happening and as the majority of commentators have suggested, you have to go or risk ruining your reputation with a new boss who is just doing his best to make things better. If you don’t like it then why not offer to take responsibility for the next event during which you could work, as a team, on something business related so that it’s more focused and relevant. And, instead of a team dinner, why not instigate a monthly or weekly team lunch? Taking the initiative will make sure that you help create an event that is tailored to your needs and, if as I sense may be the cause, you are concerned that the new, “European” boss doesn’t understand the culture here will be of use to him too.

Either way, congratulate your boss on trying and not just expecting a group of people to become a team by magic – at least he’s trying to make things better.

The next professional query for week two is now live and open for comment and debate. Follow the link here to participate.

Send your questions for Dawn anonymously to [email protected] and see them answered here next time.

Dawn Metcalfe is the managing director of Performance Development Services (PDS). Find out more at www.performancedevelopmentservices.com