Deals To Be Done In Turkish Property - Gulf Business 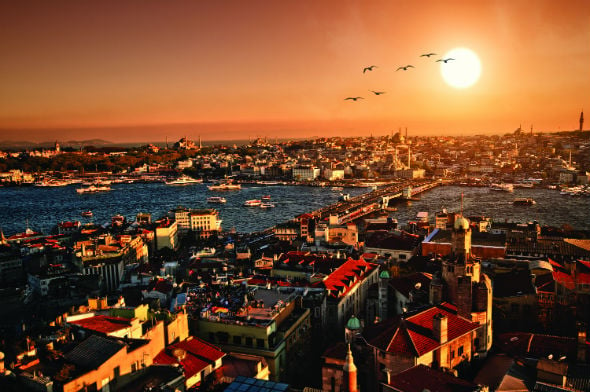 The Turkish property story, for overseas investors, is outstanding. Across the country, from the ancient, bustling metropolis of Istanbul to the picturesque coastal resorts of Bodrum and Alanya, value abounds.

Beautiful, well-built villas or apartments are available cheaply and rental yields, according to the Global Property Guide, have been the best in Europe since the start of the decade.

For those with means to do so, which is from as little as $50,000, snapping up a property in Turkey, to be used either as a bolthole escape from the GCC summer heat or as a long-term investment, is both easy and highly affordable.

“Actually, it is not as easy as you might think,” says Julian Walker, director of Spot Blue Overseas Property, an international agent specialising
in Turkish real estate. “The buying market is not highly regulated. There are amazing bargains to be had, but investors must be careful about with whom they do business.”

London-based Walker, an ex-Deutsche Bank investment banker whose father and business partner David is vice- chairman of the British-Turkish Chamber of Commerce, explains that Turkey is proving increasingly popular as an investment destination for GCC citizens and expats alike.

He says: “Turkey has many attractive features as far as people in the GCC are concerned. It has great proximity, for a start. Istanbul is about three hours from the major Gulf airports.

It is culturally similar in many ways, while also perhaps a little more liberal. The climate is fantastic, there is so much to see and do, and the people are incredibly friendly.”

Spot Blue, which has been finding properties in Turkey for buyers for around 10 years, today has hundreds of properties on its books. Walker, then, is well placed to give an overview of what is available to potential investors.

He says: “If we look at Istanbul, you will find the affordability is superb, especially in comparison with other vibrant cities, such as London, Paris, or Dubai. Prices start at about $80,000, which will get you a very modern, well-built one bedroom apartment on the European side of the city. These are very popular.

“Outside Istanbul, you will get more for your money. For around $75,000, for example, you can get a two-bedroom apartment overlooking the coastal resort of Alanya, built to very high specifications. You can either rent it out or have it as a lock-up-and-leave.”

Walker is at pains to emphasise that Spot Blue adheres to UK best practice when it comes to acting as an agent, aiming to set the standard for the industry. He will not, he says, work with developers he does not believe are sufficiently transparent.

He says: “The Turkish market is not very regulated, but we do everything by British best-practice standards. We won’t work with developers that won’t supply us with their financial details, for example, on the basis that no-one is too big to fail these days.”

For investors at the top end of the market, there are also deals to be done, either in Istanbul or in coastal resorts such as Bodrum.

For $2.6 million, for example, you can buy the best villa in Bodrum with views over two bays, a former prime minister as your neighbour and a little land.

And for just over a million dollars, there are spacious houses available in Istanbul overlooking the Bosphorous. “Often Gulf investors are keen to
ensure they have privacy.

There is a great deal of good land available in beautiful parts of Turkey that can be built upon, to ensure no one overlooks the property. This has been a key factor in the decision of several of my Saudi investors to make a purchase,” Walker says.

The Knight Frank Global House Price Index recently showed that Turkey recorded the global seventh highest rise (11.5 per cent) in property prices in 2012, and the growth story shows no signs of abating.

Much work is being undertaken by the government – for example the recent abolishing of the reciprocity law – to open Turkey further for foreign investment.

Walker says that interest from the GCC states continues to be high, and investors are keen to snap up properties, particularly since the abolishment of the reciprocity law. The Turkish government is expected to bring out new investor-friendly regulations in the coming years as it seeks to attract foreign direct investment to fuel its impressive growth curve.