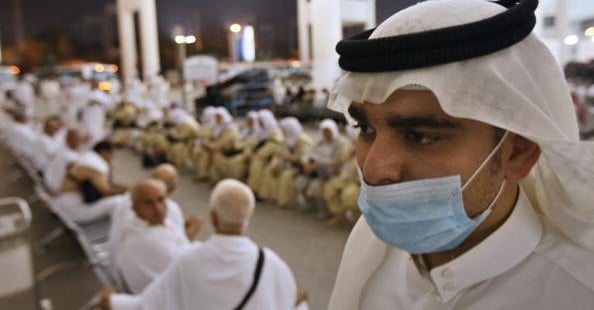 The new Middle East coronavirus that has killed 38 people after emerging late last year is a serious risk in hospitals because it is easily transmitted in healthcare environments, infectious disease experts said on Wednesday.

In a study published in the New England Journal of Medicine, the researchers said the Middle East respiratory syndrome (MERS) was not only easily transmitted from patient to patient, but also from the transfer of sick patients to other hospitals.

Nine infected patients in Saudi Arabia had received dialysis treatment at the same hospital, some at the same time.

The international investigative team of specialists, who went to Saudi Arabia to analyse the outbreak in May, said it was even more deadly than a similar outbreak of SARS, or severe acute respiratory syndrome, in Canadian hospitals in 2003.

MERS is related to SARS because the virus that causes it is from the same coronavirus family.

The MERS virus, which can cause coughing, fever and pneumonia, has spread from the Gulf to France, Germany, Italy, Tunisia and Britain. The World Health Organisation puts the latest global toll at 38 deaths from a total of 64 laboratory-confirmed cases.

The team, which included Saudi, Canadian and other scientists, was invited by Saudi officials to help investigate the outbreak in several Saudi hospitals.

For the study, they compared it to an outbreak of SARS in Toronto in 2003 which the same team had also investigated.

Trish Perl, a professor at the Johns Hopkins University School of Medicine in the United States and a member of the international team, said the investigation “showed some surprising similarities between MERS and SARS”.

“Both are very deadly viruses and easily transferred between people, and even between healthcare facilities,” she said in a statement about their findings.

Initially, 23 people in Saudi Arabia were infected with MERS at the time of the investigation, and 11 died. Saudi health officials now put the death toll at 32, with another 49 infected.

Among the 23 infected initially, five were family members and two were health care workers, the researchers said.

As well as the nine infected patients on dialysis, another dialysis patient had been transferred between units at different hospitals, where others became infected.

Eight other infected patients were transferred between facilities or hospitals – a factor the researchers said probably led to more patients becoming exposed.

The team did not say specifically why MERS was a serious risk in hospitals, but wards are often high risk areas for the spread of infections because sick people with weakened immune systems are vulnerable to bugs and viruses being inadvertently spread by health workers caring for multiple patients.

“The story of how this outbreak occurred and how this virus was transmitted became very clear once we started to lay out the evidence,” said Perl.

“(We) saw that one infected patient had been in the hospital at the same time as another infected patient, and this patient was transferred to another hospital, where another patient became infected shortly thereafter.”

Among the team’s major findings was that MERS, even with relatively fewer people infected than in the SARS outbreak, had a death rate many times higher than SARS, at 48 percent and 8 percent, respectively.

The researchers noted, however, that the MERS death rate may come down if more cases are identified, including cases in people with milder symptoms.