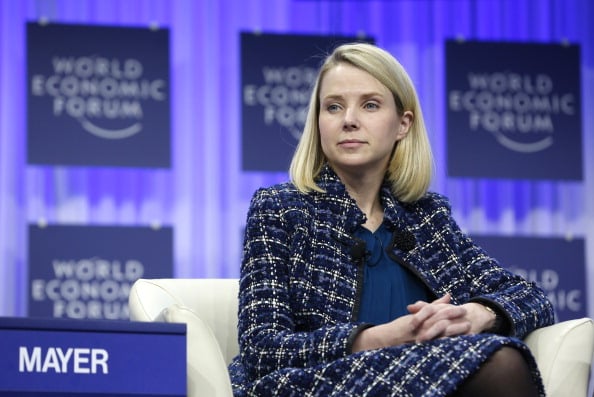 Multinational companies are becoming more picky about emerging market investments as slowing growth in upstart economies and a recovery in the West takes the shine off a previous sure-fire strategic bet.

Executives in Davos said they remained committed to tapping into rising middle classes from Shanghai to Lagos, but some are pulling back and redeploying resources in particularly difficult, low-margin regions.

“It was a gold rush. Now the gold rush is over,” said Jeff Joerres, chief executive of staffing company Manpower Group , whose clients include many top international firms.

“In the past, regardless of industry and regardless of product, you just ran to those emerging markets because there was an arbitrage opportunity. Now there’s a much more sanguine decision-making process.”

The new mood follows a marked shift in the balance between the world’s main engines of economic growth that will see developed economies, led by the United States, regaining their role as the central driver of global output in 2014.

Emerging markets will still grow at a faster clip than developed markets this year but the difference in growth rates will be the lowest since 2002.

The World Bank last week raised its forecast for global growth for the first time in three years, to 3.2 per cent in 2014 from 2.4 per cent in 2013. But it cut forecasts for developing countries to 5.3 per cent for 2014, from 5.6 per cent predicted in June.

The balance between emerging and developed economies is a central topic at this week’s World Economic Forum annual meeting in the Swiss Alps, as highlighted by a session on Thursday entitled “BRICS in Midlife Crisis?”

Growth rates for Brazil, Russia, India and China are half their pre-financial crisis levels – and companies are taking a hard look at alternatives beyond the “big four”.

The Middle East and Indonesia were highlighted as hot-spots for online growth by Yahoo CEO Marissa Mayer, while Marriott International boss Arne Sorenson said his group was opening a new hotel in Rwanda.

However, a top executive at a U.S. tech company, who did not want to be identified, said his firm was having an especially tough time in Brazil, with big uncertainties also in Russia, leading the company to look at deploying resources elsewhere.

In fact 60 per cent of firms now expect to shift investment away from the BRICs towards other more rapidly growing markets, according to an Accenture survey of more than 1,000 executives.

“It’s getting tougher and more competitive and some companies will find that they haven’t got the right strategy in certain places,” said Mark Spelman, Accenture’s strategy head.

“There may be some that will pull out, but we will continue to see more investment at the same time.”

From autos to soap to whisky, multinational companies have been increasing their exposure to emerging markets dramatically in recent years.

Europe’s top 505 companies generated a third of their sales in emerging markets in 2013, or 2.8 times more than in 1997, according to Morgan Stanley. But the curve from here is set to flatten.

“You should expect that line to go sideways for a while, but I don’t think it will fall materially,” said Morgan Stanley strategist Graham Secker.

“Companies will perhaps focus a bit more on opportunities in developed markets – for example, a European chemical company might want to relocate some assets in the U.S. to take advantage of low energy costs.”

In a few cases, companies are heading for the exit or scrapping certain product lines in some emerging markets.

Cosmetics maker Revlon said at the end of December it would leave China, where sales have been falling, and French rival L’Oreal has stopped selling its Garnier beauty products in the country.

In India, too, difficult market conditions have prompted frustrated foreign companies in sectors ranging from telecoms to retail to curb their ambitions.

The majority of firms, however, view current weakness in emerging markets as a strategic hazard that will not seriously derail planning assumptions based on solid long-term demographics.

Consumer goods giant Unilever, which now generates well over half its sales in emerging markets, also says it not going to be deflected by tough times in Brazil, India and Indonesia.

That approach makes sound sense in the eyes of Martin Sorrell, head of advertising agency WPP, who is a long-term bull of emerging markets.

“Having emerging markets exposure was an advantage with analysts and financial markets a year ago and now it’s a disadvantage, which is ludicrous. Whatever happens, these markets are the future,” he said.

Indeed, a glance at the world’s biggest cities suggests international companies ignore the mega-trend towards developing nations at their peril.

Only one of the world’s 10 biggest conurbations now lies in North America or Europe, according to consultancy Demographia – and New York’s position at No.8 looks precarious given the far faster pace of growth of cities in Asia and Africa.