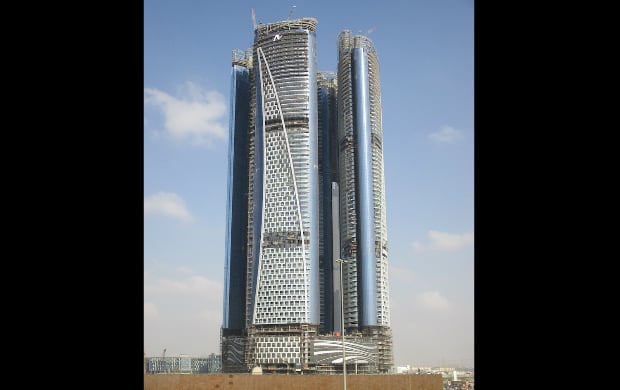 Dubai developer Damac Properties has completed over 85 per cent of its luxury project, Damac Towers by Paramount Hotels and Resorts, the company revealed on Monday.

Located in the Burj area, the $1.35bn hotel and serviced residences project is being developed by Damac in partnership with Paramount Hotels and Resorts.

With a total sale-able area of approximately two million square feet, the project will offer over 1,900 units (including the hotel).

Damac is currently selling units in three of the towers to be operated under its Damac Maison brand.

The fourth tower will contain a five-star hotel complex to be operated by Paramount Hotels and Resorts, which will have over 800 rooms. Hotel rooms will be managed under a rental pool scheme.

Last year, Damac said that it was aiming to complete the project in 2017.

Niall McLoughlin, senior vice president, Damac Properties said: “Bringing a Hollywood-inspired lifestyle to Dubai, Damac Towers by Paramount Hotels and Resorts offers everything that discerning residents look for in a premium and fashionable living space – from easy access to high-end shopping and dining experiences, to all the luxuries that come as part of the Paramount brand.”

Damac has also partnered with Paramount for other projects, including the $500m Paramount Tower Hotel and Residences on Sheikh Zayed Road in Dubai.

In November, the developer awarded a Dhs554m contract to China State Construction Engineering Corporation (Middle East) to build the 27 floors that comprise the collection of luxury residences in the project.