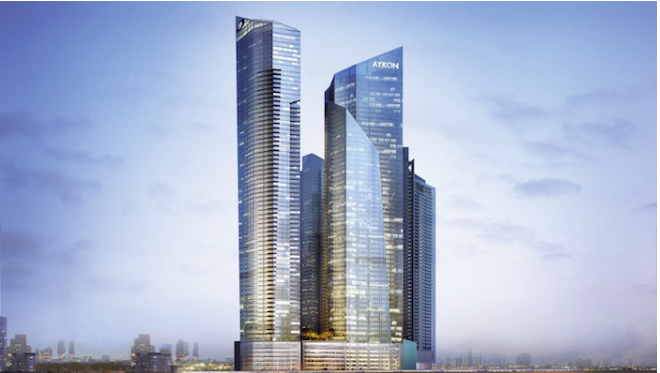 Dubai developer Damac announced that it has launched for sale the first set of hotel rooms within its newly- unveiled Aykon City project.

The Dhs 7.4bn six-tower project is located on the eastern and western sides of Sheikh Zayed Road at the Safa Park intersection close to the Dubai Canal project.

The units available for sale are located in Tower B, a 63-storey serviced hotel residences property to be operated by Damac Maison. The top 10 floors of the tower will house the 280 hotel rooms, while the remaining floors will comprise hotel apartments and serviced units.

The hotel rooms are priced from Dhs 1m onwards, the company said in a statement.

Damac’s senior vice president Niall McLoughlin said: “Owning a luxury freehold hotel room in a central location that benefits from the vast infrastructure that surrounds it, including accessibility by car, metro or water taxi, is undoubtedly a lucrative and prudent investment decision.

“With the number of visitors to the emirate expected to reach 20 million by the year 2020, hotel rooms will increasingly be in high demand, then and beyond, and this unique product allows investors to tap into and be part of the booming hospitality market.”

It will also feature the Aykon Dare, an adrenaline experience on the 80thfloor of the hotel where guests get to walk outside the tower’s roof.

Construction on the project is due to commence before this summer with a completion date of 2021.

Late last month, the developer said it received a “strong response” from investors for the first sale of units within the project.