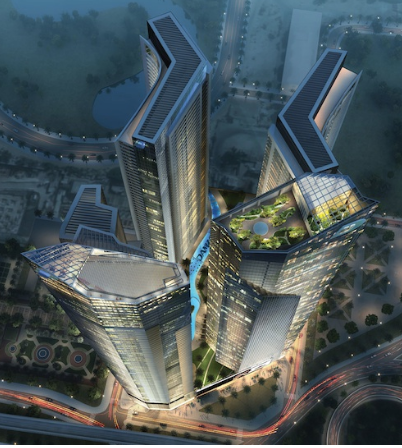 It will also feature two 30-floor ultra-luxury residential towers with car lifts to each unit and direct views over Dubai Canal and Safa Park.

Construction on the project is due to commence before this summer with a completion date of 2021, Damac said in a statement.

Limited release of the serviced residences go on immediate sale with further releases in due course, it added.

Damac chairman Hussain Sajwani said: “We are delighted to announce a project of this scale in collaboration with Meraas Holding and on such a site in this premier location of the city…This area of our city is one of the most important developments in Dubai’s expansion, opening up access to many kilometres of the Dubai Canal.”

He added: “Aykon City is testament to our solid commitment and belief in Dubai’s strong economy and especially in the future of the real estate sector.”

The company announced last week that it had acquired a four million sq ft plot of land worth Dhs 1.26bn close to the canal project.

Damac has delivered over 15,500 homes and has a development portfolio of over 40,000 units at various stages of progress and planning as of December 31, 2015. Included are more than 13,000 hotel rooms and serviced hotel apartments.