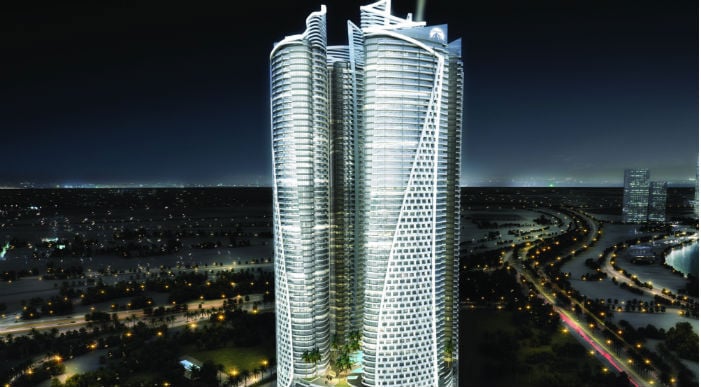 The Turkish firm has now won the main construction contract for the $1 billion ‘Damac Towers by Paramount’ project, a luxury hotel and serviced residences development in Dubai’s Burj Area, Damac said in a statement.

Enabling work has been completed on the site and it is ready for the main contractor to start the construction work.

The contract is the single largest one that Damac has awarded so far, and its duration is for 33 months, said the statement.

The project, announced in March this year, includes four towers brought together with a multi level plaza that will feature F&B concepts, meeting and events facilities, a screening room, wellness and fitness centres, swimming pools, a kids club, retail and merchandise – all themed around the Paramount brand or partner brands.

One tower will house the five-star Paramount Hotel with the remaining three towers housing the Damac Maison – Paramount co-branded serviced hotel residences. Each tower is over 250 metres tall.

‘Damac Towers by Paramount’, announced in March this year, is Hollywood company Paramount’s first foray into the accommodation industry. It is expected to be completed by the end of 2015.

The first phase of the project sold out on its opening day, Damac said.

Having recovered from a property crash in 2009 and 2010, Dubai has once again begun to attract local and international investors. Real estate prices have risen sharply this year, with developers announcing several new projects.

A recent report by Asteco stated that property valuations in the emirate grew 38 per cent in the second quarter of 2013, compared to Q2 2012.

Damac, which has launched a slew of new developments this year including a golf course community with Trump, has completed 8887 units to date and has a further 21,175 units at various stages of progress across the Middle East.