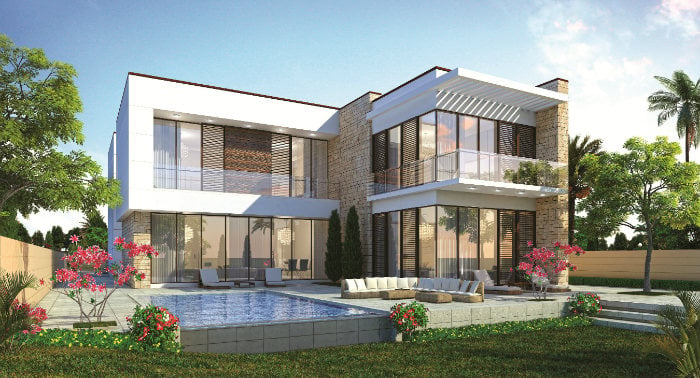 Dubai developer Damac Properties has announced the sale of the Trump Estates – a limited edition collection of over 100 luxury villas within its master development, AKOYA by DAMAC in Dubai.

The villas, designed and conceptualised by American property mogul Donald Trump and his daughter Ivanka Trump are within a private, gated community, surrounded by the 2nd, 3rd, 4th and 8th holes of the Trump International Golf Club.

“The Trump Estates, with its unparalled location… will set the new standard of luxury in the Middle East and beyond,” said Donald J. Trump, chairman and president of the Trump Organization.

“The initial interest has been tremendous and we are looking forward to providing the very best in quality, services and amenities.”

The Trump Organisation is also collaborating with Damac on other projects within the AKOYA development, including a championship standard 18-hole golf course, clubhouse, spa, restaurant and a boutique hotel.

“The Trump Estates are set to be the most desirable properties on the market in Dubai,” said Ziad El Chaar, managing director, Damac Properties.

“Our most loyal clients have been excited about this launch ever since we revealed the concepts at Cityscape Global 2013,” he added.

AKOYA, launched by Damac in May 2013, is a 42 million square foot golf community off Umm Suqeim Road in Dubai and includes mansions, villas, luxurious apartments, a retail centre and open parkland.

Along with the Trump Estates, the development will see the launch of FENDI fashion-styled villas, Golf Veduta – serviced hotel apartments and DAMAC serviced Villas by Paramount Hotels and Resorts.

“We’re staying focused on Dubai. We are on track to deliver another 5,000 units this year,” Hussain Sajwani, the executive chairman and CEO of Damac, told Reuters in an interview after announcing the results.

Damac said it has delivered 9,318 units and currently has a development portfolio of over 25,000 units at various stages of progress and planning (as of December 31, 2013).