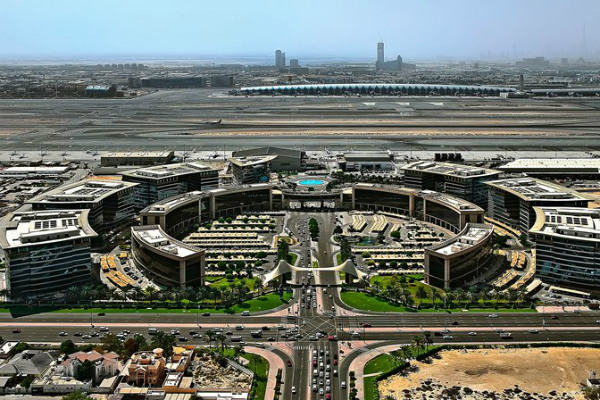 According to the results, the freezone also achieved 25 per cent growth in its registered companies compared to the 2016, with multinationals companies making up 36 per cent of the total number of companies – up 13 per cent on the year before.

Other notable figure from the annual report showed that DAFZA had increased its leasable area by 6 per cent compared to the same period in 2016, and a 27 per cent increase in the number of registered SMEs.

DAFZA’s chairman, His Highness Sheikh Ahmed bin Saeed Al Maktoum, said: “The achievements of DAFZA in 2017 underscore its outstanding position as one of the most advanced and progressive freezones in the world.

“The results highlight DAFZA’s role in supporting the UAE’s economic diversification strategy and enhancing the investment and trade movement in Dubai and the nation as a whole. This strategy falls in line with the Dubai 2021 Plan and the Government’s plans to move into the post-oil phase, backed by the support of commercial diversification policies led by the vision of the UAE’s wise leadership.”

Dr Mohammed Al Zarooni, director general of DAFZA, added: “The achievements of last year join a two-decade journey of success that have made the freezone one of the best in the region and in the world.

“This is due to the pursuit of all our employees and stakeholders in providing the highest levels of services to meet our customers’ requirements across international markets, economic policies and developments affecting the global economy.”

Located in the Umm Ramool area, the project will have a total leasable area of 176,000 square metres, and is one of a number of initiatives announced during 2017. DAFZA also signed an MoU with the Saudi Economic Cities Authority to develop joint investment opportunities in both locations. During last year’s Dubai Airshow, another MoU was signed between DAFZA and the Dubai Civil Aviation Authority to enhance cooperation in the aviation sector through the implementation of the Block Chain project.

Another MoU was signed with the Arab Union for Electronic Commerce – one of the unions within the Council of Arab Economic Unity in the League of Arab States. The agreement aims to increase knowledge exchange and expertise in the digital economic and e-commerce.

A further development during 2017 was DAFZA’s launch of a series of new licenses, including the e-commerce license, an industrial license, and the facility to grant dual licenses to its companies.