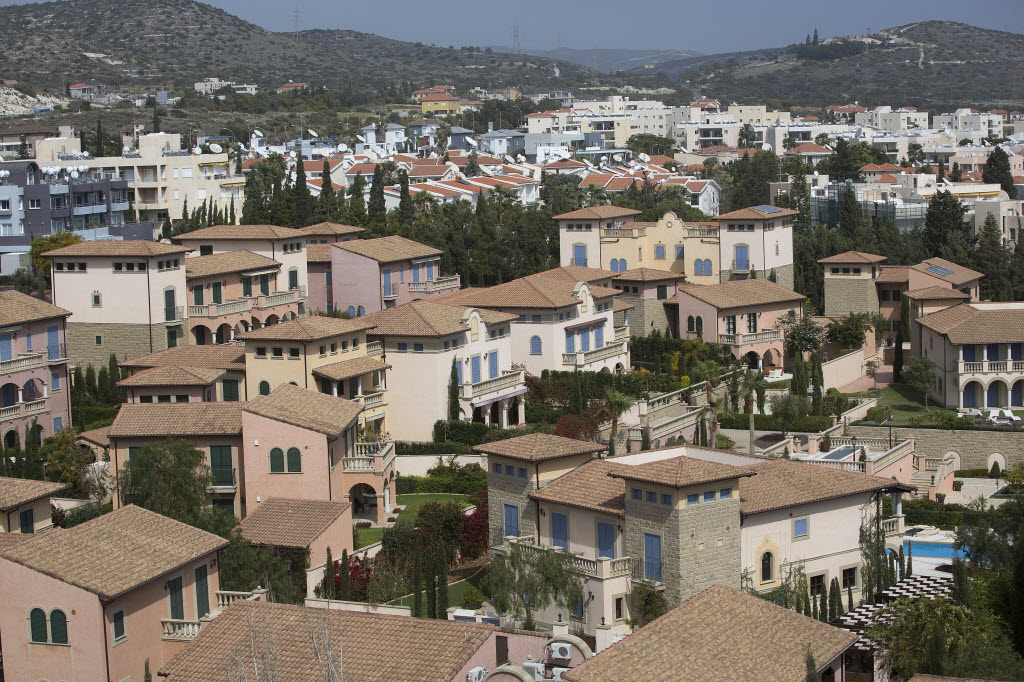 Sitting in a taxi, on my way to the airport after meeting several top officials in Nicosia, the capital of Cyprus, I settled into a conversation with my cab driver. An ex-transport manager in a big logistics firm, the Cypriot lost his job during the recent financial crisis in the country, and is now forced to drive a taxi to make ends meet.

Micheal, who used to make over €4,000 per month and has children studying in London, lost his deposits in Bank of Cyprus and is now combatting huge loans.

“Although Cyprus is calm now, in a few months, there will be an increase in the number of suicides and greater chaos,” he ominously predicts. Personally, he is aggressively seeking employment overseas to escape the situation.

But Micheal’s gloomy outlook seems an isolated one; most business officials and senior experts in the island nation have a sharply contrasting view.

While nobody contests the fact that Cyprus is going through a rough patch and that it is going to take a few years to rebuild the country, they all firmly agree that the economy is slowly but steadily crawling its way up.

HOW IT ALL STARTED

The nation’s two main lenders Cyprus Popular Bank (Laiki) and the Bank of Cyprus couldn’t manage their losses and turned to the government for assistance. However, since the Cypriot government was also facing huge debts, they desperately approached the Troika – the International Monetary Fund, European Commission and the European Central Bank for a bailout.

Following a protracted process, the Troika agreed to provide Cyprus a €10 billion bailout in March last year, but imposed stringent conditions: Laiki was forced to shut down, all the cooperative banks had to come under the direct supervision of the central bank, and deposits exceeding €100,000 at Bank of Cyprus were seized to recapitalise the lender.

With banking one of the main pillars of the local economy, the ripple effect from the crisis led to the collapse of other sectors such as real estate and retail.

The economy contracted by 2.4 per cent in 2012, and credit ratings agency Fitch recently estimated a seven per cent GDP decline for 2013, slightly better than the nine per cent drop earlier predicted.

Unemployment reached 17 per cent, with youth unemployment shooting up to 43.9 per cent as of September 2013.

Despite its problems, officials assert that the attractiveness of the country to foreign investors has not dimmed.

“I think the risk factor at the moment is probably higher than what it should have been,” says Charis Papacharalambous, Director General of the Cyprus Investment Promotion Agency (CIPA). “But it’s coming down by the day – after all, there is no country or business in the world that has no risk.”

Since Cyprus is a tiny country with limited domestic demand, most international businesses that establish a presence in the nation primarily target overseas markets.

“So an international company that sets up shop in Cyprus and which does business abroad, will see a very limited impact – if any – from the micro-economy of Cyprus,” argues Papacharalambous.

Leonidas Paschalides, Director of Development at the Cyprus Chamber of Commerce & Industry, mirrors his thoughts.

“There are numerous benefits for an overseas company to be here,” he explains.

“Firstly, the geographical position of Cyprus. Despite the problems, it is perhaps the most stable country in the area because the Arab countries have not seen a spring – rather a winter – so they have destabilised even more.

Also, it offers proximity to all parts of the world.

“Secondly, the corporate tax system, at 12.5 per cent, is very attractive and in addition we have double taxation treaties with nearly 50 countries in the world.

“We also have a good infrastructure, particularly in telecoms and IT; a very liberal investment regime and because of the high education levels and there is no dearth of a skilled workforce.”

Another big advantage for foreign investors setting up a business in Cyprus is that since the country is a member of the European Union, theses businesses enjoy the same privileges as any other EU company, adds Paschalides.

“If you think entirely in business terms, it is now, during the recession, that a business can get resources in Cyprus much more cheaply than before,” he says.

CIPA’s Papacharalambous says the agency has been receiving heightened interest from foreign investors in the last few months.

“You don’t want to get into a marketwhen it’s at its peak. You want to get in when the opportunities are there, and people are seeing that,” he says.

In the first nine months of 2013, the agency observed a 28 per cent rise in investor interest.

“Even on our website, we are now seeing daily requests as compared to around one a week earlier.”

He attributes the rise in interest to two main causes: investors who potentially look for special deals and small and medium size investors who are entering diverse sectors even without any exceptional deal.

“They are looking at Cyprus as a country whose economy in the mid to long term – in five to 10 years – will show a significant and sudden increase in value and growth,” he says.

Currently, the sectors that the country is promoting for foreign investment include existing ones like financial services, and new areas such as the film industry, health and sports tourism, R&D and ICT.

Probably the biggest ray of hope – and what some even consider a miracle – has been the discovery of natural gas reserves in Cyprus.

“The primary strategy in terms of energy is the development of the hydrocarbon industry in Cyprus in order to exploit in an efficient manner the available reserves while taking care of the environment,” he explains.

“We are still in the exploration stage and have been blessed that our efforts have been successful thanks to the significant find of the Aphrodite gas field by Noble Energy in Block 12.”

The gas in the field was initially estimated at five to eight trillion cubic feet (tcf), but further appraisal testing lowered the estimate to a gross resource range of 3.6 to six tcf.

“In order to exploit these resources, it is essential to have exports because demand in Cyprus is too small to justify large scale investments. In order for us to export we will need to establish an onshore LNG terminal at Vasilikos area,” says Xichilos.

“The indicative work programme we have is that more exploration work will be undertaken in the next two years by the new licensees (TOTAL & ENI/KOGAS) within the EEZ. With the existing reserves we can also proceed to establish an onshore liquefaction plant – that will allow and facilitate the accommodation of new entries as exploration work expands.

“We are in negotiations at the moment with the consortium of Noble Energy and hopefully some government agreement will soon be in place to create detailed engineering, marketing and finance proposals for the establishment of the onshore LNG plant. We expect the final investment decision to be in place by the end of 2015.

While Xichilos does admit that there may be hurdles on the way, he is confident that things are “proceeding quite fast.”

With Cyprus facing a liquidity crunch, the government is hoping to rely on huge international investment to fund the growth of the budding energy industry, and may look closer to home – towards the Middle East – for partnerships and expertise.

Cyprus’ president, Nicos Anastasiades, recently visited Kuwait and met up with senior officials to discuss investment opportunities in the island.

“I know that Kuwaiti companies are interested in our renewable energy policy and activity,” reveals Konstantinos Christofides, Assistant General Director of the Cyprus Employers and Industrialists Federation (OEB).

“They want to invest in this area, which is now booming in Cyprus.”

“Cypriots are more culturally close to the Arabs because of historic ties,” elaborates Christofides.

“I believe that our countries still prefer to work together. If companies have decided to come to Europe, they will prefer to come to Cyprus rather than any other Western European country.”

“In terms of looks, food, in every respect we are very close,” he says. “ So it is surprising that we don’t have more economic interdependence.”

Currently FDIs from the GCC are minimal, he admits.

“But there is potential in Cyprus that fits with what GCC investors are looking for, so it will be a win-win situation. Things will move swiftly in the next 12 to 18 months.”

One industry that particularly appeals to Gulf investors is the property market.

Real estate rates crashed by between 20 to 40 per cent across the country following the crisis and reports suggest prices remain subdued.

“Most GCC investors relate to real estate, construction of golf courses and marinas,” says Papacharalambous. “Property prices are reasonably priced at the moment and will yield fair returns to investors.”

Experts, including the European Commission, forecast that Cyprus will take at least two years to edge out of the recession and post an economic recovery.

But however slow, a revival is imminent.

“The economy as a whole has gone through a little bit of a challenging time – a storm – but it’s very clear that the right things are starting to happen,” states Papacharalambous.

Now is the perfect time for investors to act, he urges.