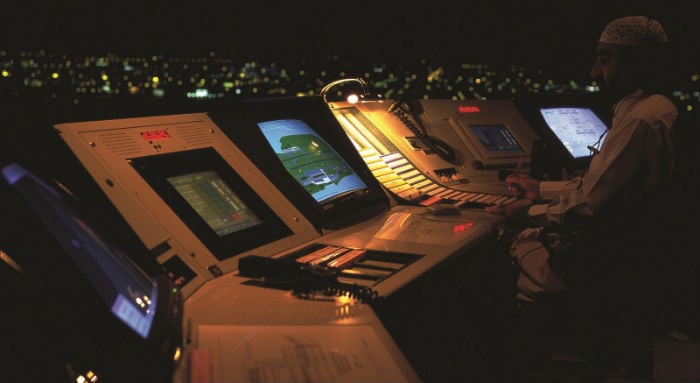 The multi-billion dollar programmes for the expansion and development of airports in the six GCC states is highlighting the problem of crowded skies and the challenges of Air Traffic Management (ATM), says a new report.

Middle East airlines are expected to experience the highest growth in passenger traffic at 5.8 per cent per annum through to the year 2025, compared to the world average of 4.6 per cent.

The total aircraft movements to/from and within the Middle East region are estimated to increase to 2,346,000 in 2025 at an average annual growth rate of 7.6 per cent.

According to industry experts, over 50 per cent of Middle East’s airline traffic and over 65 per cent of business aviation traffic is concentrated in the GCC region.

Experts say increasing demand for air travel will continue to challenge the efficiencies of the air traffic management system.

While the hub-and-spoke system will remain largely the same as today for major airline operations, the demand for more point-to-point service will create new markets and spur increases in low-cost carriers, air taxi operations, and on-demand services.

The emergence of VLJ‘s (Very Large Jets) is also expected to create new markets in the general and business aviation sectors.

Hence, many airports are expected to experience significant increases in unscheduled traffic, while airports that support scheduled air carrier traffic are forecast to grow and experience congestion or delays, if efforts to increase their capacity fall short.

Additional airspace flexibility will be necessary to accommodate not only the increasing growth, but also the increasing air traffic complexity, the report said.

Nearly 50 per cent of the GCC airspace has some form of restriction, much of it military, denying commercial aircraft the use of the most efficient flight corridors, creating unnecessary added costs for airlines.

More than $700 million is estimated to be the volume of investments in regional ATM upgrades, while equally significant investments in this segment are in the pipeline, the report added.

Mohammed Ahli, director general of Dubai Civil Aviation Authority (DCAA), said: “In the past, most aviation congestion occurred on the ground. Today the biggest strategic challenge to growth of aviation is in the air. The development of two aerospaces is also under way. One of these will be within the GCC and the other will serve as an international aerospace.”

According to an Oxford Economics study, the Middle East region has 1029 aircraft in service, operated by 65 airlines from 70 commercial airports. The GCC has 36 airports, including eight in the UAE.

Emirates Airlines, Etihad Airways and Qatar Airways account for the vast majority of the new aircrafts ordered. Over the next five years, they are forecasted to increase capacity at more than 15 per cent per annum, according to a study by Booz & Co.

Tony Tyler, CEO and director general of the International Air Transport Association (IATA), commented: “The Middle East region must avoid the inefficiencies that we see in Europe. In the Gulf, ATM delays are already nearing crisis levels.

“It would be a shame if the potential of the investment in ground infrastructure was held back by a lack of progress in the air. If congestion problems are allowed to grow they can quickly turn unmanageable. And the bigger they get, the more difficult the solution.”