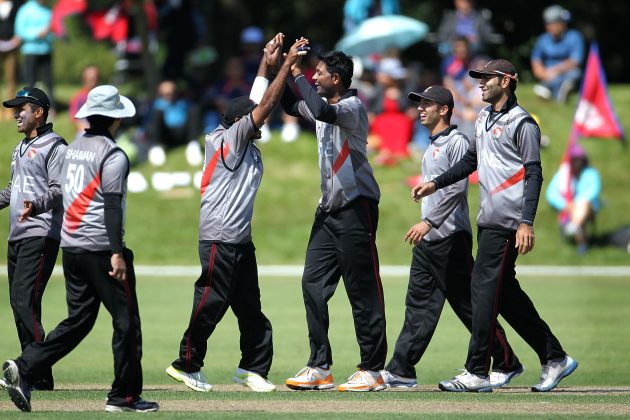 With a team of part-timers, the United Arab Emirates are realistic about their prospects at the cricket World Cup.

As the last team to qualify for the tournament, they are the rank outsiders, facing a stiff challenge of winning a single match let alone the title.

More than half of their squad is aged over 30, with captain Mohammad Tauqir and vice-captain Khurram Khan both in their 40s, and the national body is recognised only as an associate member of the International Cricket Council.

Just qualifying for the World Cup was a feat in itself. The only other time they qualified was in 1996 and things will only get harder in the future with the ICC deciding to trim the 2019 World Cup from 14 to 10 teams.

But for the UAE players and coaching staff, making the World Cup is not only proof they are getting better but also the chance of a lifetime, an opportunity to test themselves against the best in the world.

“I think that in 1996, no-one took the UAE as seriously as they do today,” said coach Aaqib Javed. “There was only limited exposure to the world. People weren’t sure how good UAE cricket was.

“But now, people have seen UAE playing at different levels, and I think we can surprise a few people and a few teams.”

Most of the players in the 15-man UAE squad were born in either Pakistan, India or Sri Lanka but captain Tauqir is home-bred.

A middle-order batsman and offspinner, the 43-year-old is the joint oldest player in the tournament, an honour he shares with his team mate Khurram, who was born on the exact same day.

Khurram is the oldest player from any country to score a one-day international hundred but the Emirates Cricket Board wanted Taquir to skipper the team “to promote and showcase Emirati leadership and playing skills on the international sporting stage.”

Although they rarely play against the major cricketing nations, the UAE have shown in their qualifying matches that they do have a strong batting lineup.

Swapnil Patil made 99 not out against Scotland last year when he needed two runs off the last ball and only made a single, while Amjad Ali blasted 98 against Afghanistan.

Scotland and Afghanistan also qualified for the World Cup, but are in Group A, leaving UAE facing a treacherous task winning a match in Group B that contains South Africa, India, Pakistan, West Indies, Zimbabwe and Ireland.

But Javed, who was a member of the Pakistan team that won the 1992 World Cup in Australia, knows there is a more at stake than just winning matches.

“It is all about inspiring people,” he said. “The team did really well in New Zealand during the ICC Cricket World Cup Qualifier 2014.

“Now it is a tougher task ahead, which the players are really excited about. They’ve got the abilities, so now it is about the mind-set.”