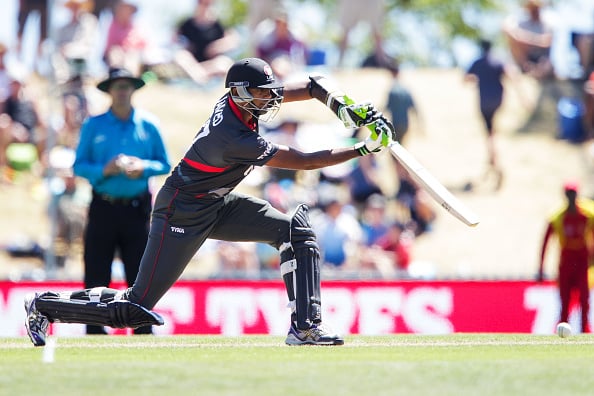 The bouncy WACA track traditionally offers the fast bowlers extra help but it was tall India off-spinner Ravichandran Ashwin who made most use of the conditions against United Arab Emirates on Saturday.

Ashwin came on early and bowled unchanged for his 10-over spell, picking up four for 25 to inspire India to a nine-wicket victory.

The 28-year-old mixed up his pace, length and flight to scythe through the UAE middle order and post his best figures in one-day internationals as UAE were skittled for 102 in 31.3 overs after batting first.

Ashwin had played just one of the four matches India lost in the Tri-series against Australia and England in the build-up to the defence of their World Cup title, signalling he might not be an automatic choice.

But he silenced the critics with three wickets against South Africa in Melbourne last weekend and underlined his worth with a match-winning performance on Saturday.

It was the bounce Ashwin found in Perth, widely considered the fastest in the world, that created most problems for the UAE.

“He bowled extremely well,” beaten captain Mohammad Tauqir told reporters. “More than his turn I think it was the bounce that created the problems for us.

“He won them the game,” added off-spinner Tauqir.

India have often preferred left-arm spinner Ravindra Jadeja to Ashwin overseas but his displays against South Africa and UAE have shown that he has figured out the right strategy to bowl Down Under.

Captain Mahendra Singh Dhoni was pleased with Ashwin’s line and length and lauded the spinner for his variety and pace.

“My wrist is much better positioned right now. I am able to vary my pace at will and as a result of that the seam position of the arm ball was much better,” Ashwin said.

“The breeze across the ground also helped a bit today. You’ve got to be perfect with your length here in Australia.

“If you are just a wee bit forward or back you are going to get scored offplenty. That’s something I have worked plenty on.”