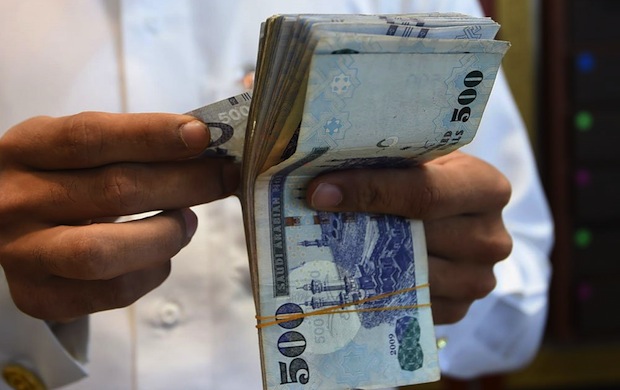 Payment delays in Saudi Arabia should ease gradually in 2017 after recent payouts by the government to companies, particularly builders, the regional CEO at credit insurer Coface said on Sunday.

Companies in the kingdom and other Gulf states have sometimes had to wait months to be paid for projects as low oil prices have prompted governments to conserve cashflow.

In Saudi Arabia the situation eased in the final months of 2016 as the government disbursed about SAR100bn ($26.66bn) in November and December, according to statements by officials and central bank data.

“The situation in Saudi Arabia will improve slightly,” said Massimo Falcioni, Coface’s chief executive of Middle Eastern countries, said at a news conference discussing feedback from 23,000 companies in the kingdom and the United Arab Emirates.

“All our customers started to receive payments in November, December and this continued in January, mostly in construction, metals and general trading, which were directly related to big projects.”

The number of delayed payments in the kingdom fell by 8 per cent between the first and second quarters of 2016, the latest quarters available, data from Coface showed.

The average time to receive payment for companies in the metals and construction sector stood at 335 days in 2016, 143 days in the information technology and electronics sector and 90 days in the petrochemical sector, the data showed.

Falcioni said a recent pledge by the government to settle payments within 60 days was “optimistic”, but that the government was changing its policy to speed up payouts.

In the UAE, companies have also struggled with late payments, with the rate of delays increasing between the first quarter of 2015 and the third quarter of 2016, which Coface attributed to liquidity pressures and a lack of funding from banks.

“We expect this situation to remain for the first six months of the year with some improvement in the second half of the year in the chemical, petrochemical and food sectors,” he said.

Firms in Saudi Arabia and the UAE have responded to stalled payments by cutting labour costs, renegotiating contracts with suppliers and making other cutbacks, he said.

A drying up of liquidity in the banking sector and a slump in commodity prices prompted some expatriate businesses operating in the UAE to flee the country with unpaid debt.

Coface registered 814 such cases between July 2015 and December 2016, more than half of them in the general trading sector.