Creating the engineers of the future in the UAE - Gulf Business 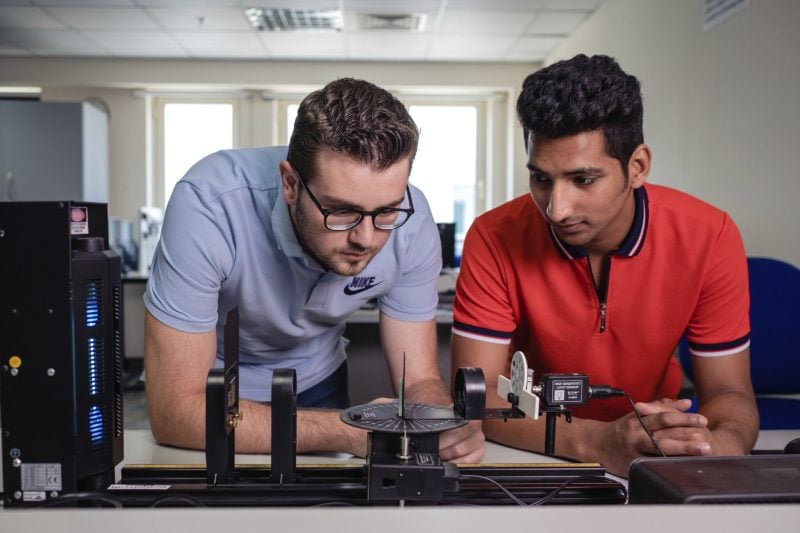 The UAE achieved a major milestone in 2018, when the first satellite made completely by Emirati engineers in the country, KhalifaSat, successfully launched into space. A year later, in 2019, the country’s first astronaut Hazza AlMansoori became the first Arab to set foot in the International Space Station, marking a historic celebration in the country.

STEM education – comprising science, technology, engineering and mathematics – is rapidly gaining traction in the UAE and across the region as the GCC states looks to diversify their economies.

“Engineering plays a key role in supporting the growth and development of a country’s economy as well as in improving the quality of life for citizens,” says Professor Khalid Hussain, dean at the University of Wollongong, Dubai (UOWD).

“As such, there is an important link between a country’s engineering capacity and its economic development. Examples of this include not just roads and bridges, but also digital and communications infrastructure.”

Mechanical engineers will play a central role in the upcoming World Expo in Dubai, managing aspects such as engineering visitors’ ambient comfort, safely moving visitors from place to place, proposing new technological innovations to visitors, and many more.

“With over 25 million visitors expected and a site spanning 4.38 square kilometres complete with its own metro station, it is fair to say the role of civil engineers has been crucial,” states Hussain.

The UAE pavilion, designed in the shape of a falcon in flight, has been created by the famous Spanish architect and civil engineer, Santiago Calatrava. Other branches of engineering such as telecommunications and computers are major contributors in bringing this project to life.

It is also important to discuss sustainability in growth – an increasingly important theme both locally and globally. Sustainability – one of the three main themes of Dubai Expo – is now the central tenet of thinking across sectors irrespective of the service offered or product produced. With products and processes becoming increasingly complex, engineers need to consider the impact of the use of natural resources on people and environment.

“What does this mean for aspiring engineers? To create a niche, engineers need to marry innovation and sustainability. Successful graduates inculcate core competencies such as problem solving, analytical skills and structural methods of thinking that are key ingredients into moulding future managers and leaders,” says Hussain.

A study by Harvard Business Review in 2018 found CEOs with an engineering background were increasing in number across Fortune 500 companies.

“At UOWD, we consider it imperative to embrace the reality and include context and ethics in our curricula to encourage critical thinking amongst our graduates,” adds Hussain.

Specialisations at the university include mechanical, civil, telecommunications, electrical and computer engineering.

“In the course of 12 years since we launched our first engineering programme, we have graduated 857 engineers and prepared them to aid the growth and development of this nation.  At UOWD, our focus is to bring more students to the field and develop engineering solutions so that they can play an instrumental role in nation building,” says Hussain.

Established in 1993, UOWD was the first international university in the UAE. It offers 44 accredited programmes including foundation courses and undergraduate and post-graduate degrees spanning 10 industry sectors, such as engineering, business, ICT, communications and media.