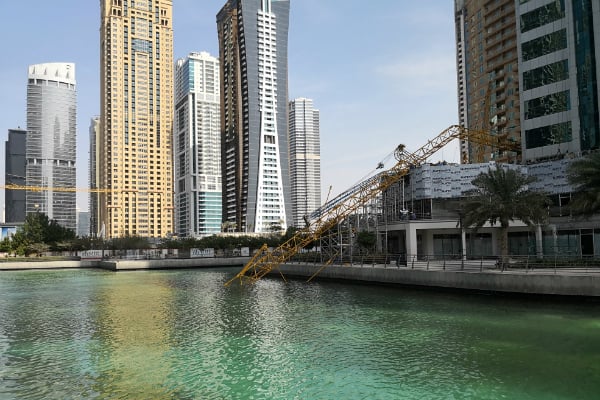 A construction crane has collapsed into a lake in the Jumeirah Lake Towers (JLT) area of Dubai.

Pictures taken at the scene showed the bent structure resting against the lower part of a tower in Cluster L with the end underwater in the nearby lake.

A crushed area of railing on the lake’s edge showed the damage caused by the fall, which is believed to have occurred on Wednesday.

On Saturday, workers were seen constructing scaffolding underneath the crane in an attempt to remove it.

The affected tower appears to be Dubai Star, a mixed-use development launched in 2005 that was later acquired by Italy’s Preatoni in 2014.

At the time Preatoni said it would span 45 floors and incorporate retail, office space and residential units in addition to a spa and swimming pool. The tower was scheduled for completion before the end of 2015, according to the company’s website. 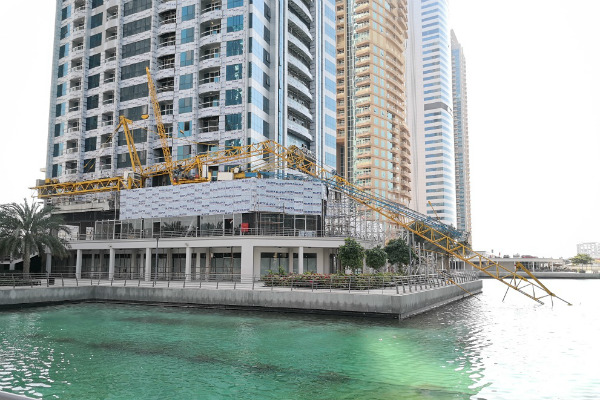 Al Rashad Contracting Company (RCC) is the general contractor, according to ProTenders.

The area had been closed off to pedestrians in the weeks prior to the incident. A series of signs indicated crane deconstruction work was taking place.

Another more recent sign reads ‘Incident Happened’. It is unclear if anyone was hurt. 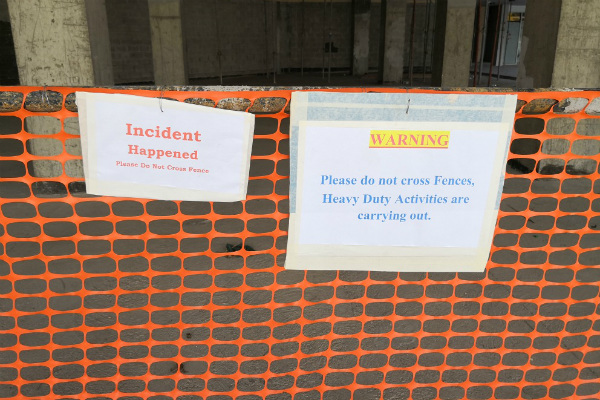