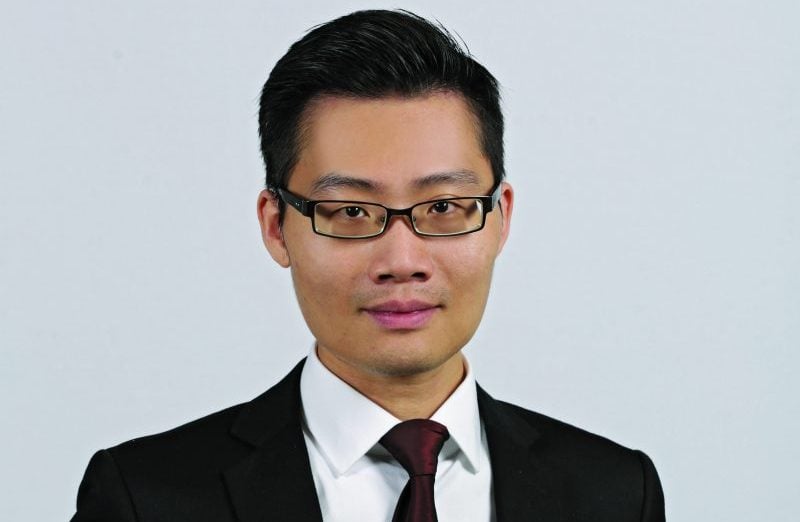 The outbreak of the coronavirus has undoubtedly exposed the woeful shortcomings of some healthcare systems in developed and developing countries alike. Nevertheless, the pandemic should serve as a wake-up call for all to better prepare for the adverse impact of future infectious threats, as vulnerabilities in our healthcare systems and inequalities in access to health services due to ever-spiralling medical costs have been revealed.

For instance, Americans incur a disproportionate amount of expenditure on their health relative to their wealth. But despite higher spending on healthcare, roughly 28 million Americans do not have healthcare insurance at all and nearly 90 per cent of those who have, are underinsured. Some of them might even be forced to go to work despite being sick. 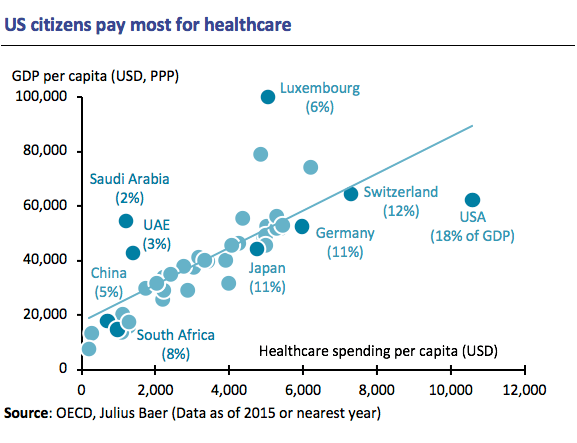 It is therefore in this context that Covid-19 will inevitably prompt authorities and healthcare organisations to re-examine the robustness of their national healthcare systems. Put simply, the extent of the outbreak will hasten the further digital transformation of healthcare to improve patient care. Greater adoption of digital health technologies should also free up capacities at clinics and hospitals. An example lies in the field of telemedicine. Specifically, online medical consultation became a popular source of healthcare advice among Chinese consumers during the outbreak. 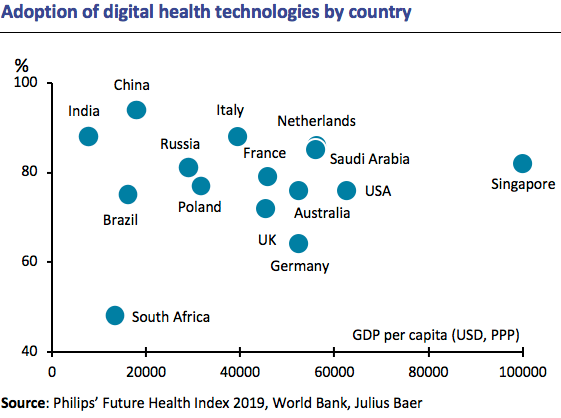 The increasing uptake of digital health technologies is in line with the outcome revealed by the 2019 Philips Future Health Index. According to the survey, 94 per cent of Chinese healthcare professionals currently use some form of digital health technology or a mobile health app, compared with 85 per cent in Saudi Arabia, 76 per cent in the US and 48 per cent in South Africa. What is really happening in China and Saudi Arabia is that both countries are at the forefront of adopting the use of new technologies to track health data via apps installed on mobile phones to overcome the shortage of physicians in the countries.

Unlocking the secrets of Covid-19

In addition to online healthcare, biotech companies and public health institutions in the US, Europe and China are also scrambling to develop treatments to counter the global fallout of the disease. In particular, they are increasingly turning their focus to the genetic code of Covid-19 to map the spread of the virus and its mutations, thanks to the use of artificial intelligence and declining costs of genome sequencing over the years. The research into the DNA of Covid-19 and those of human individuals has led to hopes that gene-based cures can be found. Potential treatments include anti-viral medicines, vaccines, plasma-derived therapies, CRISPR technologies and diagnostics tests. 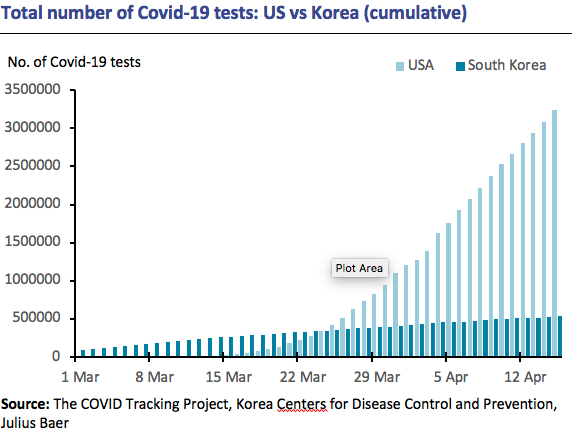 Since the World Health Organization has strongly recommended the importance of testing patients for Covid-19, this article will concentrate on the two nations that have come under media focus for the number of diagnostic tests carried out in their countries. On absolute terms, the US has conducted the most number of Covid-19 tests worldwide. As of April 15, around 3.2 million tests were conducted in the US. This compares to around 500,000 in South Korea. But when we zoom in on a per million population basis, the US is clearly still lagging behind South Korea. But the good news is that figures show the US is rapidly ramping up the number of diagnostic tests for its citizens. 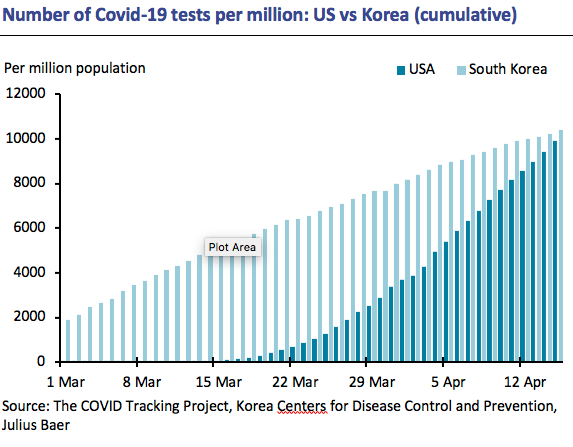 Beyond the Covid-19 crisis

Although the pandemic has caught many governments and public healthcare institutions off-guard, the crisis has surely brought the importance of genomic research to the fore. Why is that so? Despite the intensive media coverage of Covid-19 pandemic, medical professionals are also silently fighting battles against other deadly diseases.

For example, in 2019, there were 19 million people who contracted cancer worldwide. Out of the 19 million, 10 million died from cancer. Compare these mindboggling numbers with that of the Covid-19 deaths at over 227,000 as of April 30, according to a tally by Johns Hopkins University. 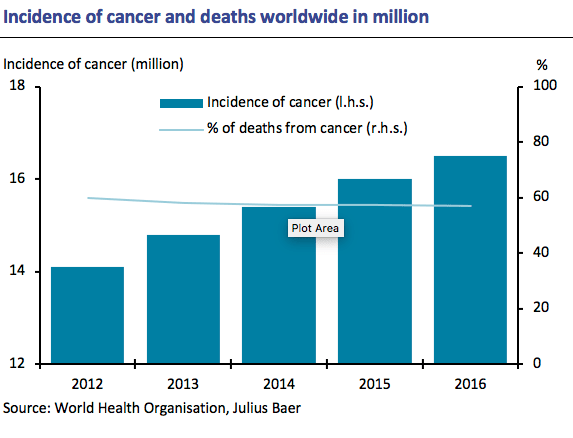 In other words, the knowledge gained from the Covid-19 research could pave the way for more study into gene-based therapies and other health technologies to combat present and future health threats. Not only will this research help the world deal with the present infection, but it could also herald an era of tailored treatments for other diseases like cancer, Alzheimer’s and diabetes, depending on the patient’s DNA composition. All in all, the pandemic should further foster a long-term transformation of the healthcare industry, rendering it more resilient and more efficient for mankind.